The making of the Goan 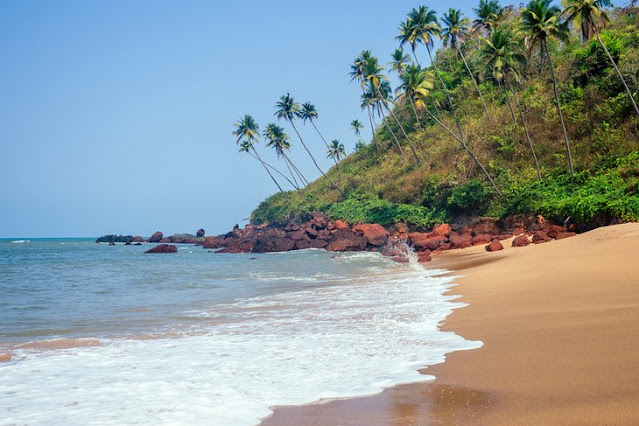 The making of Goans

noun
Goa: a gazelle, Procapra picticaudata, of the Tibetan plateau.

IN 1994 my full focus was the family, editing the St George and Sutherland Shire Leader and most things associated with New South Wales, especially the politics. All my life, my journo friends around the world have connected me to the written word especially about Kenya, Goans and Goa. Over the years I have downsized my scrapbook but now and then I come across other bits of cuttings in some nook or corner or a suitcase or a bag. In April 1994, someone from somewhere sent me a copy of Dr Pramod Kale’s brilliant analysis “Goan intellectuals and Goan identity: An unresolved conflict,” published by the Economic and Political Weekly (might have been even at a later date). Dr Kale passed away in 2013.

It was an era when Goa was always at the back of my mind as we learned all about our new adopted homeland and worked 24/7 in survival mode. However, we were fully committed to the local Goan community.

Yesterday, I found Dr Kale’s analysis and I was gobsmacked, to say the least. I have never known too much about India, especially its very early history, politics, and that. This time around Dr Kale’s piece blew me away.

For example: “During the early years of their colonial rule in Goa, the Portuguese administration and the Roman Church through the Holy Office (the Inquisition) established in Goa in 1560 unleashed a reign of intolerance and terror for the New Christians. Injunctions, prohibitions and restrictions covered daily life such as preparation of food, what clothes to wear as well as observance and practice of the rituals and performances connected with birth, marriage and death as well as aspects of culture, such as music.

“The aim was to bring a generic change in the local population by cutting off totally and irrevocably from its (Indian) roots. To a certain extent, the colonial policy succeeded and led to what Tristao Braganca Cunha, a Goan political and intellectual characterises as “denationalisation” of Goans.”

According to Cunha, “In the whole of India, no people is (sic) so denationalised as Goans. A complete lack of national consciousness and the most shameful subjection to foreign rulers, either Portuguese or British, render the Goan Christian a stranger in his own land. A servile follower of everything foreign to his country, hybrid manners and habits, living in disharmony with natural surroundings, his strange behaviour makes one doubt the purity of the race, which nevertheless in no way differs from that of the neighbouring Indian. He is considered to be of mixed blood on account of the Portuguese names he has adopted and the western manners he affects. He has even been qualified as a Portuguese mongrel by a catholic missionary.”

I think from the earliest time I was indoctrinated into believing the “church” a god on earth and the Inquisition was “God” at work.  During the Inquisition “Many Hindus left their ancestral homes and settled in neighbouring areas. The Hindus were followed by a large number of converts “who fled the excesses of the zealous inquisitors who were more powerful than any civil or military authority the Portuguese administration had.

“The first wave of Goan migration was thus caused by the policy and practices of the Catholic church with its narrow counter-reformation ideology. During th two centuries of its almost total ascendancy, the Church institutionalised its control over the local Christian population. The office of Pae Dos Cristos was created to watch over the privileges and special interest in the native Christians.”

Kale writes: The second wave of migration which started in the late 18th and early 19 century was the result of stagnation of the local economy and the decline of Portugal as a colonial power.

“During the Napoleonic Wars, the British occupied India for strategic reasons and although they withdrew later, it made Goans aware of jobs opportunities for advancement. Goan migration which has continued for the past two centuries (and continues even more so in 2016-2022), has not been confined to any one caste among the Catholics. The upper caste emigrants (bamons and charados) have followed careers as colonial administrators, academics, lawyers, doctors, journalists and technocrats. The sudirs go in mainly for (sirvis) service.

Kale contended “it was the Catholic Church which shaped the Goan identity during the last 400 years, giving Goans not only their names, but a belief system Goans shared with their colonial masters.”