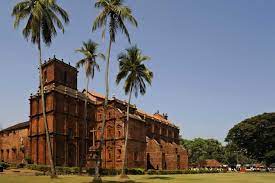 (From Goan Intellectuals and Goan identity by the late Pramod Kale)

THE EARLY Goan intellectuals were predictably and inevitably influenced by the European models of the day. They were divided in their polemics as Royalists and Republicans, conservative Catholic dogmatists and secular anticlerical reformers and humanists. Europe shaped their thoughts and European concerns were their concerns. Most of them were educated in Europe and spent much of their time imbuing their minds with new ideas that represented the spirit of the age.

They mastered many European languages. They wrote in Portuguese mainly, but also in French, English and Italian. They were civil servants and administrators who served the Portuguese in Goa and other colonies. They were doctors and lawyers. They were scions of the landed gentry (Bhatkars) in Goa. They lived in their palatial houses in Goan villages. They collected honours and titles from the Vatican and various European courts and republics, they got their biographical sketches and titles entered into publications meant for that purpose.

They subscribed to European magazines and journals. They wrote novels and plays in Portuguese and acted them out in Margao and Panjim. Their social life generated a unique syncretic culture marked by performances such as the Mando or the Dekani. The colonial rulers granted Eurocentric metropolitan intellectuals the status of “asimilados’ who were role models for the upper-class Goans.

From the Eurocentric intellectuals arose a class of intellectuals in Salcette and Margao, who began to concern themselves with ideological issues and participatory, elective politics at the local provincial and colonial levels.

The traditional Goan intellectuals come mostly from the elite class and the two upper castes bamon (brahmin) and charado (kshatriya). The upper castes distinguish themselves from the sudirs (sudras), a blanket term used to describe converts from all other castes which include  a number of occupational groups of varying social status. Although no census figures are available from pre and post-independence , it is evident that the sudir group worked as tenant farmers (mundkars). They also worked as menials and servants in landlords’ houses and places of business and as small independent tradesmen: carpenters, tailors, barbers, cobblers. They received a rudimentary education in the three Rs (reading, riting and rithmetic) and in music at the parochial schools run by the clergy in the village. For them, the clergy and the teachings of the Church were much more importance than for the upper castes.

The early Goan emigrants to Bombay, for instance, worked as cooks, butlers, and domestic servants for the British. With their familiarity with Western music and instruments they found employments as players and bandmasters. A large number worked as ship hands, sailors, cooks, stewards on passenger and cargo liners. These shippies (tarwatis) earned good wages, saved substantial sums with which they were able to buy land and build houses. A sizable part of this money was also spent on ostentatious living, prompted by a desire to compete with the landlords of the bamon and charado communities.  (This tradition was to continue in the Gulf, Eastern Africa and where Goans congregated in reasonable numbers).

The sudir community shows some characteristics of the subaltern group. The intellectuals amongst this group seem to have a different world view and a different sense of identity than the elite intellectuals have. Their literature, their theatre as well as their politics appear to be a convergence of three elements. At the very bottom is the traditional (Indian) belief in a strict hierarchical ordering within the family and the society which is based on prescriptive rather than ascriptive norms of relationships between its members. The second is provided provided by religion, a belief in the sanctity of the Church, clergy, of suffering and martyrdom, of humility and poverty, in divine intervention and miracles wrought through prayers, rituals and penance.

The third is acceptance of the Western way of life, nostalgia for the symbols of European colonial rule. This worldview is reflected in popular Konkani tiatrs and in Romanses  (romantic novels)  in Konkani. It is also expressed in the 19th century and contemporary Goan journalism in Konkani, English and Portuguese and published from Goa and outside Goa. The migrant subaltern Goan from Bombay, Karachi, Nairobi, Lisbon, London, New York, or Toronto has contributed as much to the shaping of a common ideology and dream of a Goa as the Goans living in Goa.

(This article is an excerpt from Pramod Kale’s own work. I reproduce here purely for history’s sake. I hope I can find a similar analysis of Goa since independence and especially in the past five decades with fewer Catholics living in Goa and the expanding diaspora.)