(I found this  the other day, I don’t know who wrote it) 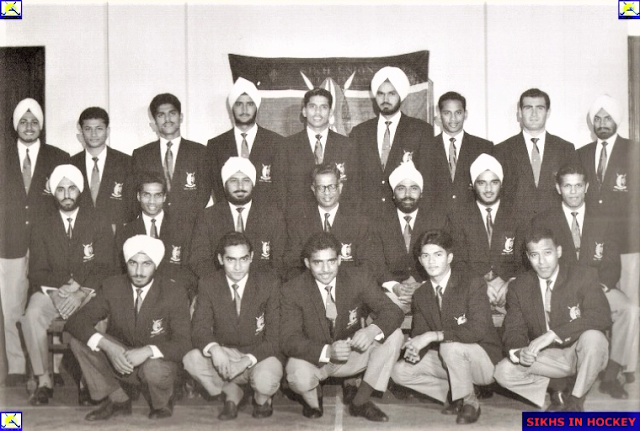 For those who are still with us, October 1964 will always be a recurring, albeit a fading, nightmare!

The mood in the country following Kenya's first three games of the 1964 Tokyo Olympic hockey competition turned so foul that the Editor, Nation Sport, was forced to send a reporter to the streets of Nairobi to record the grim public reaction. In their opening match, Kenya had been held to a shock 0-0 draw by Zimbabwe, then called Southern Rhodesia, a team that they had been expected to use as a warm-up routine before taking on "the real competition.

"This came by way of game two, against Pakistan, the defending Olympic champions and a country we considered our peers or almost. After all, we always gave them a run for their money and sometimes actually beat them.

Pakistan thrashed us 5-2, sending Kenyans into a state of disbelief. Never mind that in our third game, we defeated New Zealand 3-2 to remain on course for a podium finish.

Phone calls inundated the Editor. His banner headline on Wednesday, October 13, 1964 summed up the nation's crushed hopes: "The gold rush has ended.

"This tells you that Kenya had gone to Tokyo with the aim of winning the hockey gold medal. Think about that for a moment.

Cyprian Fernandes was the reporter who usually covered hockey for Nation Sport. He reported: "The first person I talked to yesterday was Jasmer Singh, the Kenya Hockey Union Publicity Officer, who only a few days ago had told me that the current Kenya hockey squad in Tokyo was the “fittest and best ever to leave the country” and that we now had “our best chance of winning a gold medal”.

'"Yesterday, Jasmer was a very disappointed man. He said: “The results of the first two matches came to me as an absolute shock.”

Although the draw against Rhodesia is unthinkable, there might have been some genuine reason for it. We have always boasted that we had one of the finest defences in the game, but I cannot say the same any longer.

Apparently, our defence let us down against Pakistan. I knew that Pakistan was a tough team, but I had never dreamt that they would beat us so heavily.

'"He added: 'There is something drastically wrong with the team and manager Anthony de Souza had better take a very firm grip on the squad. I am disappointed.”

But Henry Braganza, a Nairobi broadcasting engineer and himself a notable hockey player, was blunt: "Frankly, I think they are simply big-headed. All the publicity they had before they left here must have gone to their heads.”

More about these views later. As the clock turns full circle and we return to Tokyo after 56 years, three team sports women's volleyball, women's rugby and men's rugby will make up part of our delegation to this year's Olympic Games.

It is as good a time as any to spare a thought for the original ambassadors, the trailblazers who went head to head with the likes of India, Pakistan and Australia and whose members, now in their 70s and 80s are slowly but inexorably departing the scene, one after the other. This is the men's hockey team.

Surjeet Singh and Jack Simonian are two members of this illustrious generation who have since passed away but whose rich legacy of excellent sportsmanship at the highest levels lives on. The 1964 Olympic team comprised some of the finest players to play hockey for Kenya.

Some, like Avtar Singh, had Olympic experience from the Rome Games four years earlier while others were starting off on careers that would stretch well into the 1970s. Amar Singh, Alu Mendonca, Reynolds D'Souza, Saude George, Hilary Fernandes, Leo Fernandes, Edgar Fernandes and Santokh Singh among other greats are the incomparable golden generation of Kenya hockey.

They are the ones who earned a fourth-place finish in the 1971 World Cup in Spain won by Pakistan. Shortly after their win, the Pakistanis toured Kenya for three Test matches of which Kenya won one.

And in the countdown to Tokyo 1964, the national team had made a tour of India. A dispatch from that outing filed in Nagpur for Nation Sport graphically illustrates the high standards of the game at that time.

It said: "Kenya's hockey tourists have played only five games in India I write this a few hours before the fourth Test here tonight yet a number of their players have already proved they are titans of the game.

"The high standard of skill of men like skipper Avtar Singh, centre-half Surjeet Singh, goalkeeper Saude George, centre-forward Egbert Fernandes and left-winger Alu Mendonca has been a big shock and a stern lesson to everyone connected with the game in India.

These men, more than any others, have proved that India and Pakistan do not hold a monopoly of the world's most talented players. “RAISED EXPECTATIONS  Because of its world-class talent, this team raised stratospheric expectations as it prepared for the Olympics.”

Those who expected it to win the gold medal were not idle dreamers. In fact, as it turned out, one of its victims in Tokyo was Australia, the eventual bronze medallists, whom it beat 1-0. It is also fair to note that it was unlucky.

Look at this wire report about their losing 0-3 game against Germany in their final Olympic match: "This defeat from the Germans at the Komozawa Park here today means that Kenya finishes in sixth place in the Olympic hockey tournament one place higher than they finished at the 1960 Rome Games. The Kenyans, however, are very disappointed with their performance, for they had high hopes of taking at least the bronze medal.

"The game was played in heavy rain and semi-darkness, which forced officials to switch on the floodlights for the first time in the tournament. The rain made the turf pitch greasy and the players found it hard to get a foothold.

This hampered the lively but ineffective Kenya attackers for they rarely managed to keep control of the skidding ball. The Germans obviously enjoyed these conditions.

They took control of the game almost from bully-off and kept a tight grip on the Kenyans. "Players used to the murram pitch of Nairobi City Park Stadium found the going gruelling in the watery astroturf of Kurosawa Park.

Those were conditions the Germans were quite familiar with. Every team sets the standards by which its fans hold them.

The higher the standard, the higher the expectations and vice versa. For the national hockey team of 1964, winning one match, drawing one and losing one at the Games was the equivalent of a disaster.

An accounts clerk by the name John Githegi Kamau told Fernandes that he was now turning all his attention to boxing and athletics. He said: "I was hoping that our hockey boys would win something, at least.

It's a great pity they have done so badly. Let's keep our fingers crossed for Seraphino Antao and the other athletes and boxers.

"And Brian Bowyer, a Nairobi airline official, who had been religiously following the team's progress from the India tour to Tokyo said: "All this has been rather disappointing. I had hoped for something better of the team.

Of course, you have got to allow that they are up against very tough opposition but, nevertheless, we thought our side was just as improved! Still, it's not over yet and anything can happen. Let's hope we'll still be in the race for a medal.

"Since this team exited the scene, Kenya has relied entirely on individual sports, first boxing and athletics and then entirely on the latter in its pursuit of Olympic glory. Winning teams require a high standard of technical and administrative skills to put together.

They are also, of course, a lot more expensive to sustain. Team sports require skills that are not necessarily needed in individual sports.

Athletes need to cultivate a high degree of co-operation, no matter their individual talents because of their interdependence. Success and failure are collective and players must learn to suppress their egos for the good of the team.

Coaches must have knowledge such as human psychology and counselling skills even if not in great depth. In a word, it is much harder to build winning teams than to simply create an enabling environment for individuals and their coaches to thrive.

What happened to the great hockey team of the 60s and 70s? Why did it disappear seemingly never to be seen again? A lot had to do with the political choices the country made. The team was predominantly made up of players of Asian descent.

At independence, many of these were British citizens. The new Kenya Government gave them a five-year period to choose between remaining British or renouncing that citizenship and taking on the Kenyan one.

At the expiry of that period, many players opted to remain British and migrated to Britain, Canada, Australia and New Zealand. Some ended up playing for those countries.

The Kenya hockey scene became seriously depleted. Unfortunately, there were no new youth development programmes to restock and rebuild the national team.

African players did embrace the game with plenty of enthusiasm. But they were beset with problems of every kind: changing rules and playing surfaces, technological evolution, poor funding and administrative challenges.

The country has never recovered. The walls of Nairobi's Sikh Union Club are adorned with pictures of the marvellous journey travelled by members of this unforgettable national team.

That effort, a legacy story, represents a great challenge to Kenya's National Olympic Committee to establish a museum in honour of the nation's sportsmen, women, technical and administrative staff who have rendered outstanding service to this country. Our rich stories die with every legend's death.

They should be preserved.