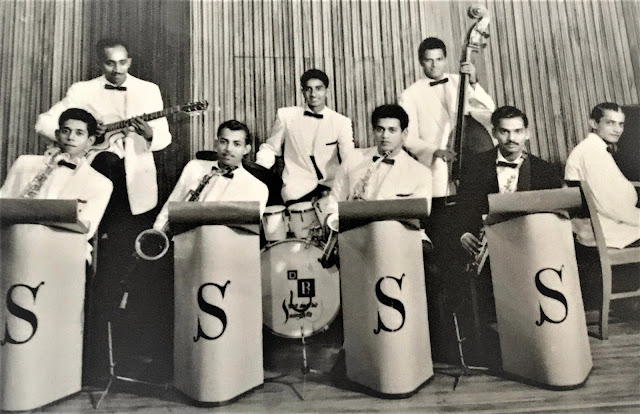 The way we will always remember Steve's band 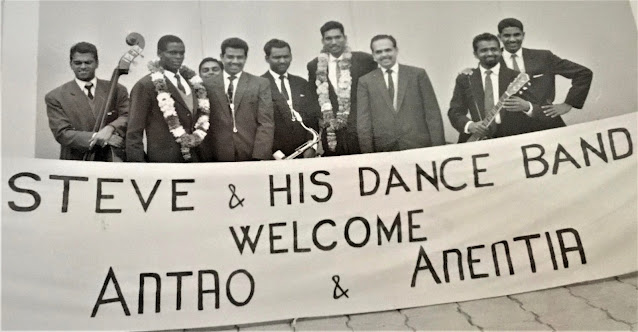 When a triumphant Seraphino Antao returned home from the Commonwealth Games in Perth, Australia, with his two sprint gold medals along with Arere Anentia, Kenya’s pioneer long-distance runner, Steve and boys were there to greet them at the then Nairobi’s Embakasi Airport.

MOST folks from East Africa know Steve Alvares as one of the finest musicians and an awesome band leader. For a long time, Steve and his dance band dominated the Goan club entertainment scene. It was just not Christmas or New Year’s or Easter or Valentines/ Leap Year…or any major occasion if Steve and his band were not there. He was there before rock n roll blew in. You danced the rumba, the samba, the foxtrot, the quickstep, the waltz to all the familiar big band numbers and when night became dawn, they were still clamouring for more. You danced cheek-to-cheek at midnight when the lights were low for the midnight special or at an arm’s length for the other dances. You surrendered your partner for the Excuse-Me or Tag Dance. When it was time to rock, you did the jive, when soul blew everyone away, you were twisting the night away and the newest fad after the last old fad. As the Pop Charts began to change our music lives, Steve was with it as anybody anywhere. Those five-star dream nights are just memories, nostalgia, and the signposts of our lives growing up in Kenya.

There were many Goan bands and Goan musicians but there was ever only one Steve Alvares. I have been chasing him for a story for a very long time. Thanks to his daughters, here is a brief recall of his heyday by the 88-year-old music maestro. He is a true professional and he was strict about discipline both personally and in the music he and his band produced.

DAD was born in Parra, Goa in 1934. He had two elder brothers John and Marshall and an older sister Lena. When he was 13, he was sent to Don Bosco’s boarding school in Bombay (now Mumbai) where his music foundation was laid. He began by learning to play the trombone and moved on to the French horn and later to the instrument his name would be forever connected with, the saxophone. He wasn’t much into sports, just music.

Meanwhile, the Alvares family moved to Kenya. His family owned the once-famous Seaview Hotel in Malindi, very, very popular with the Goans from upcountry Kenya or visiting Goans from Uganda and Tanganyika. Later they settled in Nairobi.

After graduating from Don Bosco’s in the mid-1950s, Steve joined his family in Nairobi. His older brother John who worked in Saudi Arabia bought a saxophone for Dad. That is where the love affair with the saxophone really began. It was not long before he started his first band in Nairobi. He liked listening to the greats of the time Dave Brubeck, Duke Ellington, Arty Shaw and Benny Goodman, all kings of the big bands’ era.

He remembers a couple of bands from that era: Bobby’s Band and Xavier’s Band. Ring a bell? Steve and the band played for many of the balls and dances at Goan Gymkhana, Railway Goan Institute, Nairobi Goan Institute. He regularly provided the music for the top gig in town, the annual Mayor’s Ball … the mainly white high society event of each year. He played at a large variety of venues including the Sikh Union Club. His band was in big demand for celebrity events.

Steve was not only the bandleader, but he also improvised most of the music. However, “his boys” also wrote some of the music. Steve also ordered sheet music from the UK if it was not available in Nairobi, especially music that was recently released and hot at the time.

When Dad moved to Canada, he continued playing with various bands but had to depart from his favourite standards. It was a different time and different music but he adapted quickly playing covers of the then-popular songs. A couple of the bands he played included Man Alive and The Blitz.

Steve married (the late) Elma and they had three children: Elona, Ella and Edlyn. His granddaughter is following in his footsteps and has made music her career. She sings and plays the guitar and just a year ago she played for President Barak Obama when he visited Toronto. 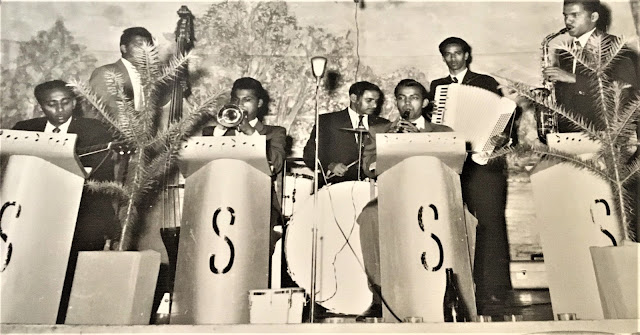 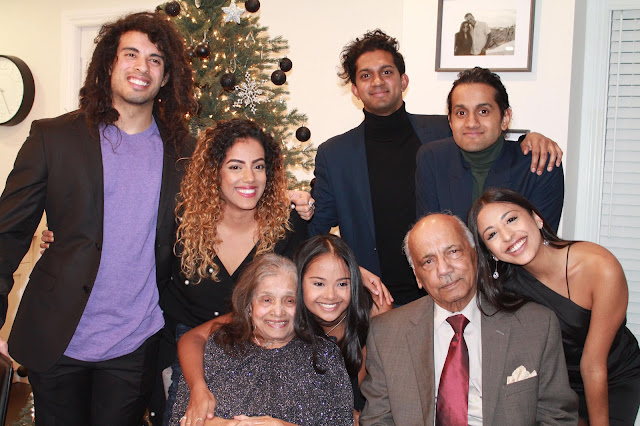 Steve Alvares with his late wife Elma (a former staunch Railway Goan Institute hockey player with her late sister Sircula) and their grandchildren in Toronto, Canada 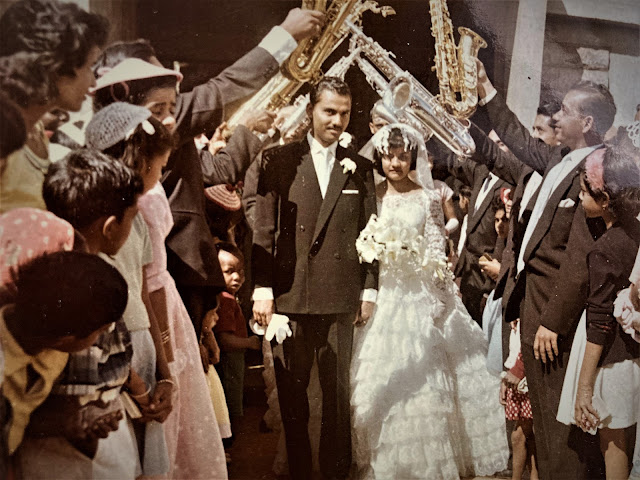 Steve and his bride were greeted by fellow musicians who created an archway of saxophones as they left the church.