Sir Michael Blundell, a man of vision or traitor to others? 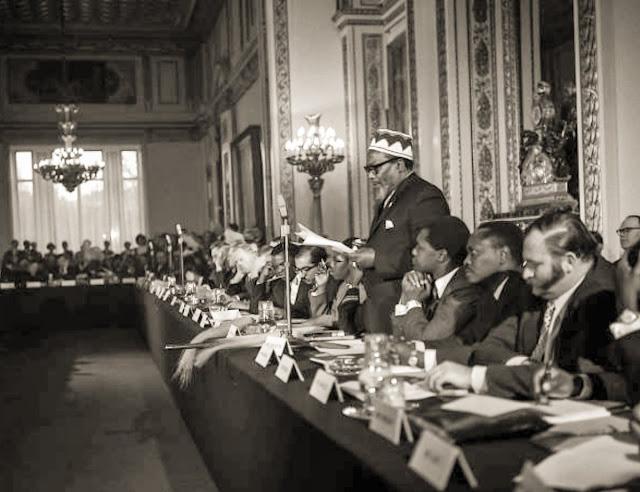 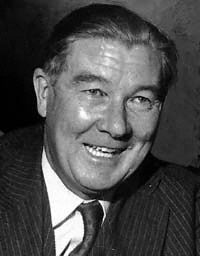 Sir Michael Blundell, some folks thought he was a traitor, others saw a man of vision

MICHAEL BLUNDELL was one of the architects of Kenya's racial harmony and stability. He was committed to his adopted country, rich in experience of its landscape and wise in his judgement of its history and politics. He was a grand old man of Africa, consulted and revered by black and white Kenyans.

His origins were in Yorkshire, in the Dales village of Appletreewick. Rather than going up to Oxford from Wellington, he came out to Mombasa in 1925 at the age of 18 with two tin trunks, a shotgun and pounds 100. After a short apprenticeship in western Kenya, he farmed in the Rift Valley. Here he began the studies of nature which led to his two authoritative guide books to Kenya's wildflowers: The Wild Flowers of Kenya (1982) and Collins Guide to The Wild Flowers of East Africa (1987).

It was perhaps inevitable that a man of such forceful and persuasive personality should go into politics. His popularity among the farmers was such that he was elected to Kenya's legislative council in 1948. He won the Rift Valley seat, defeating the settler leader Lord Francis Scott. His political manifesto was the defence of the White Highlands and of white privilege. But his wartime service with African troops in the Abyssinian campaign and in South-east Asia led him to understand the growing aspirations and potential of the Africans and the need for progress towards black government.

As the acknowledged leader of the settler community when the Mau Mau emergency loomed, Blundell was critical of the complacency of the Governor, Sir Philip Mitchell. When a war council was formed by the new governor, Sir Evelyn Baring, in 1954, Blundell was the sole elected member on it.

When he moved to the Ministry of Agriculture in 1955 he saw the key to resolving the trauma of Mau Mau. Land had been on the top of the list of Kikuyu grievances, so African freehold tenure of farmland had to be assured. He set in train a plan to demarcate and grant title to land and to develop cash crops. As the 87,000 detainees were released many went straight back to a stable farming life.

He came to know and like the strong group of African elected members, including Daniel arap Moi and Oginga Odinga, and saw the need for national unity. This led him to form the multi-racial New Kenya Party. For this, he was vilified and treated as a traitor by many of his European colleagues. His party was short-lived but it gave him the chance to bridge the political divide. He showed the European and Asian communities that they could live as Kenyans under African majority rule. He retired from active politics in 1962, and a grateful British government honoured him with a knighthood.

A man of many talents, Blundell had even contemplated a musical career and studied singing in Vienna in 1936. He threw himself with gusto into new careers on several boards and as chairman of Kenya Breweries and of Nairobi Hospital. African education became an absorbing interest for him. He chaired the Governors of Egerton Agricultural College. Later it became a university and he endowed it with a fund for student recreation. Nearest to his heart in recent years was a primary school in Siaya, a poor district near Lake Victoria. He provided the money for school buildings to replace the mud-walled classrooms.

He was the confidante of many African politicians and was an honoured guest on national occasions. It seemed natural that he should be the only European to come forward and give evidence to the Electoral Review Committee in 1990. His views were constantly sought by the international press. He rebutted their litanies of impending doom by pointing out the relative stability of Kenya in a troubled continent.

The loss of his wife Gerry for whom he cared during her final illness was a great sorrow to him. They had worked together to build their last farm at Subukia and their final home in Nairobi. Fortunately, in the years that followed, he had the constant companionship of his daughter Susie and of his two granddaughters. It was Susie who helped him to write a final book of memoirs to follow So Rough A Wind (1964).

(Courtesy of the Independent)