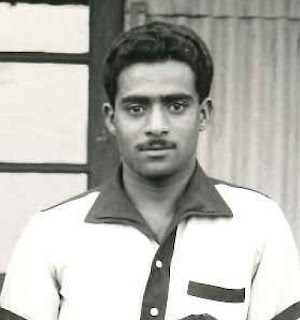 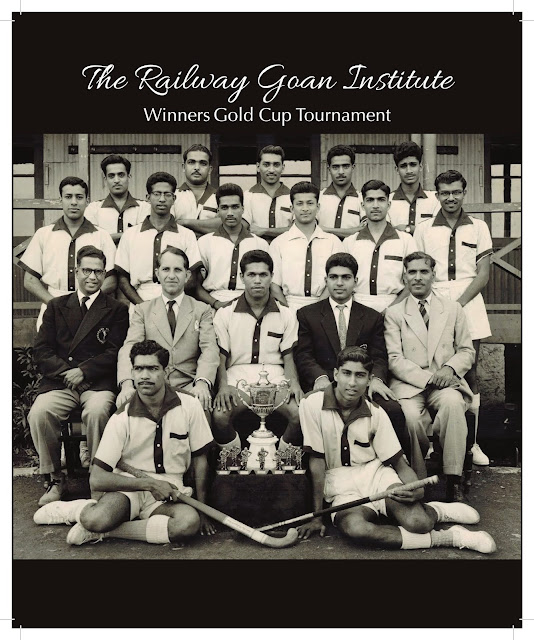 Three-time Kenya Hockey Olympian, Silvester (Silu) Fernandes, the second of five brothers was born November 26, 1936, in Nairobi where he attended the Goan mecca of sportsmen and sportswomen ... the Dr Ribeiro Goan School.

Growing up at the Railway Quarters in the Desai Road area of Nairobi, played hockey at a young age with neighbouring young lads.... including fellow Olympians Alu Mendonca, Hillary and Leo Fernandes, Saude George, Reynold D'Souza, Edgar and Egbert Fernandes ... on a tiny patch of murram (hard, red earth) near to where they lived and would often hang around the nearby RGI hockey pitch hoping, to get a game with the senior players.

"Although I played a lot of hockey, cricket was my first love and much to the disappointment of my dear Mum who wanted very much for me to become a school teacher, I was tempted by the offer of a job to play cricket for the Standard Bank of South Africa in the Commercial League (very popular at the time) fortunately my younger brother Steve came to the rescue by becoming a teacher at a local school and later a Head Master, both in Nairobi and later in the UK.

As a cricketer I was privileged to play with the likes of Blaise D'Cunha Maurice Gracious and John Lobo all Kenya Representative players, and also had the very unique distinction of having my own team 'Silu's Eleven' made up by players of the calibre of Zulfikar Ali, Charanjive Sharma, V S Lamba and Ramesh Bhalla with annual fixtures against most of the leading clubs in Kenya.

My Darling Ivy, daughter Sandra and I were very keen squash players and were part of the Parklands Sports Club team in Nairobi ... Sandra was Junior Squash Champion and yours truly the veteran squash champion of Kenya three years in a row."

While at school, I came under the inspirational influence of Mr Anthony D’Souza, who was one of the greatest hockey coaches in Kenya. He was an ex-Lusitanians player and knew the game as it should be played at the highest level and passed this knowledge to the likes of Alu Mendonca, Anthony Vaz, Reggie Monteiro, Renato Monteiro, Reynolds D’Souza, Hilary Fernandes, Edgar and Egbert Fernandes and myself. Mr D’Souza also showered his knowledge and several generations of young Goan boys and girls who attended Dr Ribeiro’s.

Goan hockey reached its dizzy heights in Kenya mainly because of this Maths and English teacher.

My ticket to the Olympics was playing in the Emar D’Souza Gold Cup-winning teams (twice) and I was spotted by the selectors. I got into the team in 1958, Rome Olympics 1960, Tokyo 1964 (sixth-place finish, arguably Kenya’s greatest team, Mexico City 1968 (stand-in captain) and finished playing international hockey in 1970. However, continued playing at club level past the age of 55.

When we first won the Gold Cup with the RGI, I played at centre forward. I represented Kenya at centre forward at the opening of Kampala’s Lugogo Stadium by the Queen Mother in 1958. I moved to centre half for the RGI and left half for Kenya.

In my professional career I also chased gold as hard as I did on the hockey field.

I was introduced to the Old Mutual by the then district manager Tony Lobo. In my first year, I won the award for the Top Salesman in the World for the Old Mutual.

It was customary for the Top Salesman in the World to be flown into apartheid Capetown.  However, when they realised I was not white, they decided the presentation party would be held at the Pan Afric Hotel in Nairobi. Old Mutual’s top management flew in for the event in 1972. Unfortunately, the Old Mutual closed down in 1973, because of the changing political climates.

I changed careers in that I went into selling chemicals for a couple of years but fortunately was roped back into the insurance business by the manager for American Life Insurance Company, Mr Walter Nyadwe, in 1976. And I never looked back and went on to become the Top Producer Worldwide for the Gold Contest 1979. I have maintained my links with AIG ever since and to this day at 81 I do business with the company who took over AIG in Canada, the Bank of Montreal Insurance Company (BMO).

Soon after migrating to Canada, I was introduced to the great game of golf 22 years ago and which I still play pretty passionately.  From the very first year, I have run a charity tournament called the annual Tusker Classic which has raised thousands for charities in Kenya, India and local in Canada.

The secret of my success was my late wife, my darling Ivy, who still inspires me to this day. We raised four children and eight grandkids. We have been blessed to be a close-knit family.