Hilary and his "Master" 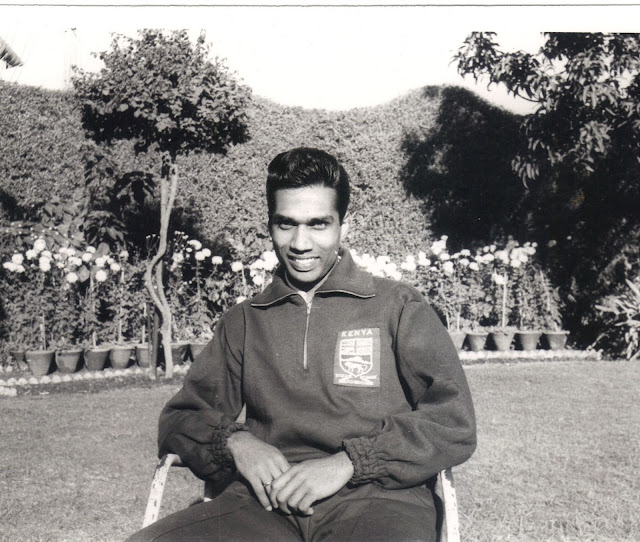 The Wizard of D*

I must confess: From the first moment I saw him play, I was an instant fan (without misshaping my integrity as a journalist), some whose admiration of the player and the man has never faded. As a young boy I never held a hockey stick in my hand. Unlike that other mob, Dr Ribeiro Goan School, St Teresa’s Boys School in Eastleigh was not big on sport. A one-armed student Kersi Rustomji cut the grass in very large square patch and fashioned cricket pitch and I think cricket died after his class graduated high school. There was another block where the grass was occasionally cut to create a soccer field of sorts and was played on now and again. Dr Ribeiro’s, on the other hand, was blessed with some of the best sports girls and boys in a large variety of sports.

Hence, when I joined the Daily Nation as a Sports Reporter I had to learn several sports in a hurry. Two men who spent many, many hours discussing, debating, arguing various points of hockey  were Hilary Fernandes and former club player and international umpire Oscar D’Souza. I remain indebted.

SOME folks used to say in complete admiration: Hilary was probably born with a hockey stick in his hand. Yet others would swear that he was blessed with one of the finest attacking hockey brains anywhere. In his time, he was the headline behind many a Kenya, Sikh Union and Railway Goan Institute win. As a young journalist who was privileged to see him play, it was easy to see why he was more often than not the headline: he was the creative genius who fashioned goals for others to score or scored himself.

Crouched low to the ground with the hockey stick seemingly attached to the ball, Hilary looked like a lioness or a cheetah on a kill and he applied the finish to his own “kill” (scoring goals) with same finesse the two animal species are famous for. Yet, the label most suited for him was “the wizard of dribble”. His wrong-footed opposing defenders almost with every attack Kenya mounted on the opposition.

He was also a crafty devil. If there was no clear shot at goal available he would with greatest of calm, the innocence of a new born babe imprinted on his face and without a hint of guilt of wrong doing, he would flick the ball onto feet of the opposing player in front of the scoring area of the goalmouth. For intents and purposes, the not guilty verdict was based on the “fact” that he was passing the ball to a fellow player or in the processing of beating an opposing player.

The thing about Hilary was that he was great at reading the game and the opponents he played against. While mounting an attacking he was, like a great chess player, thinking three and four moves ahead of anyone else.  To this he added the deftest of flicks to the right or left, a gentle push forward to be swooped on with the speed of a bullet followed by the lethal hit into the back of the goal net with the keeper left open mouthed and clutching at air.

The short corner brought into play his friend and captain Avtar Singh Sohal (Tari) who was often recognised as the best full back and penalty corner converter at both Olympic and international level. He was Kenya’s open-secret weapon.

What were your most memorable internationals/Olympics/World Cup games?

He was selected for three Olympics: Rome 1960, Tokyo 1964. He played for Kenya in World Cups in ……… Among Goans, he has won the most medals for winning the M R De Souza Gold Cup with Kenya Police, Railway Goan Institute and the Sikh Union making him the most decorated of Goan hockey players anywhere.

So how did it start?

He was born on October 22, 1937 in Nairobi. Of his brothers,Leo was an Olympian and Kenya international. Nereus played for Kenya but migrated before he could settle into a hockey career in Kenya. 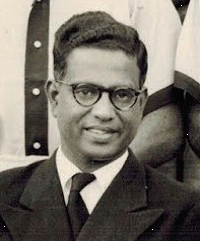 A personal tribute by Hilary Fernandes

During my school days at Dr Rebeiro’s Goan School in Nairobi, Kenya I was very fortunate to come in contact with and later to be coached by this educationist and sport administrator who was known to us all as Master

Anthony D’Souza. Simply because he taught Maths and English in our school.

He was or may have opted to train and select players for the school’s A and B hockey teams.

We did not know of his accomplishments as a hockey player. His very modest introduction to us was that he had played hockey for the world famous Lusitanians Hockey team in Bombay. Although he was not an Olympian, he was going to be our coach.

This is how it all unfolded: he called on all those that were interested in playing hockey to turn out on a Saturday afternoon at the Railway Goan Institute ground. The turnout was very good with approximately 50 of showing up. He immediately made a list noting the name, age and preferred position for the trials. It was after two hours or so that he gathered all of us and read out the short list that he had created and read out the names.

I was happy that I made the list and it is from that day on, that I’m thankful for having been under his guidance. He was one of the greatest coaches from whom I learned every skill that is used in the sport and he had the ability and flair to disperse it to you. He made me and all the other Goan Olympians famous. I personally owe ever thing to him.  I was very fortunate as he coached me in all the skills and tricks he himself used as a player. He had played exactly the same positions that I did… inside right. He was so knowledgeable about the game that he could read the game within minutes of its start and execute a game plan.

Anthony was a well-respected person in the hockey circles and in my opinion one of the greatest hockey coaches that I have ever known. We are all forever in debited to him for his undivided attention in sharing with us his skills and talent in making us the great hockey players of yester years.

He too gained international status as he was an International Umpire and also was appointed as a coach of the Kenya team at the 1964 Tokyo and 1968 Mexico Olympic Games. In previous years he also accompanied the Kenya National Hockey team as Manager and Coach on various international tours abroad.

It was some 40 years or so when I received a heart wrenching letter from him informing me, that he had been diagnosed with terminal stomach cancer and that he did not have much time left, but was happy that he had joined his family in London, England.  He passed away shortly and his passing away left a void in the hearts of the many Goan Olympians he had trained.

However till today his name surfaces in any hockey conversation especially when one is asked, where did you learn to play the game of hockey and who were you coached by. Now you have the answer. Only one person: my Coach, my Friend. The late Anthony D’Souza.

You are gone but will never be forgotten by many.

Thank you for I owe it all to you. Rest In Peace, till we meet again. Hilary.

*The Wizard of Dribble (brilliant stick work). The D: half circle in front of goal which is the area from which scoring permitted. Outside the D counts for nowt.