A rare human being 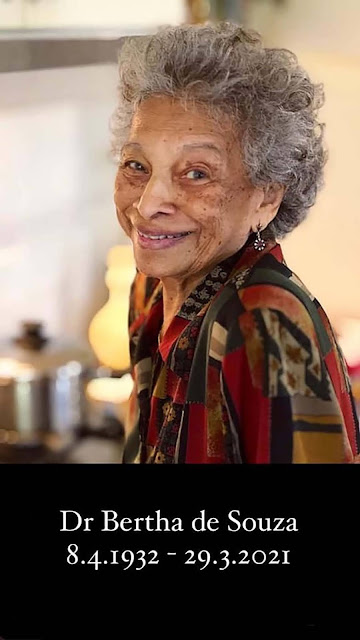 ONCE IN A lifetime, sometimes more than once, we are privileged to meet an extraordinary personality. More often than not, when we do, we celebrate them from afar and when we are in their company, we can sense the air is filled with a kind of magic. The English poet Thomas Ford once wrote:

“There is a lady sweet and kind,

Was never a face so pleased my mind;

I did but see her passing by. And yet I'll love her till I die. Her gesture, motion, and her smiles,

Her wit, her voice my heart beguiles …”

I won’t go that far. Yet, I always felt that the person I have in mind was special. Her smile could light up a darkened evening, her kindness, generosity, elegance and personality were the stuff of superstars. She always wore a sari and epitomized all that is great in Goan womanhood. I always admired her. Yesterday (April 6, 2011), a packed church, five priests, and several attendants bade farewell to a very special friend: Dr Bertha de Souza. It was one of the longest church services, nearly four hours before the hearse left the church. Her patients are legion and most of them were at the church in Cronulla.

We often say of one’s passing that the world is lesser for it. In Bertha’s case, it is absolutely true. She also very blessed and en route to join her husband, Dr Pat de Souza, she had what one of her sons described as a “happy exit” after a brief illness.  I spoke to her a couple of weeks ago and had arranged to meet “this week or next week”.

The thought that I will never see her again breaks my heart. She was a rare human being, pure.

Bertha was born in the village of Aldona in 1932, at her grandparents’ house. Her renowned father Dr Benedito de Souza delivered the baby. Her family lived in the village of Ucassaiam. She went to the local Portuguese school because Goa was still a Portuguese colony. Later she moved to Holy Cross Convent in Bardez, an English school in a nearby village where she learned to speak English.

She changed schools yet again and went to the St Thomas School in Aldona which offered science as a subject,

In 1949, she went to St Xavier’s college in Bombay to do her inter-science levels, years 9 and 10. She then qualified for entry for a medical degree but the colleges did not approve her admission because she was a Portuguese citizen of Goa and not an Indian National. Instead, she began her dentistry degree.

In 1952, after completing a year in Dentistry things changed, and Bertha was admitted to Grant Medical College to study medicine.  She once wrote: “I enjoyed the challenge of learning about what wonderful machine the human body is. The creator of this body is a genius without comparison.”

In 1958, after finishing her internship, she was forced to go to Aden to join her brother there and practising as a doctor but not before she had learned to speak Arabic. Here she met Pat de Souza (also from Aldona) among her brother’s friends. Pat and Bertha married a year later. She was given away by her mother because her father was unable to attend.

A clause in her contract stipulated that her position would be terminated if she got pregnant. They had three children, 15 months apart and a fourth a year later.

In Aden in 1960, the country was beset with political violence. They deiced to move to Australia but made a three-year stopover in Bangalore where a fifth child was born.

In 1969, they moved to the beachside suburb of Cronulla. They had been sponsored by a childhood friend of Pat’s, Mark Wade, the only person they knew when they arrived.

They soon bought a house in Cronulla, coincidentally named “Dela-Goa”. They made this a treasured home. Bertha lived there for 50 years. Pat de Souza died in 2012.

They were very popularly doctors in Cronulla.

They were one of the most popular couples with people of all colour and religions and generous supporters of community causes. They were godparents of the Goan Overseas Association of the NSW from its infancy. Pat and Bertha attended every event they could and Pat asked his daughter Susan to promise him she would attend every anniversary dance.

She keeps this promise diligently (COVID permitting of course). 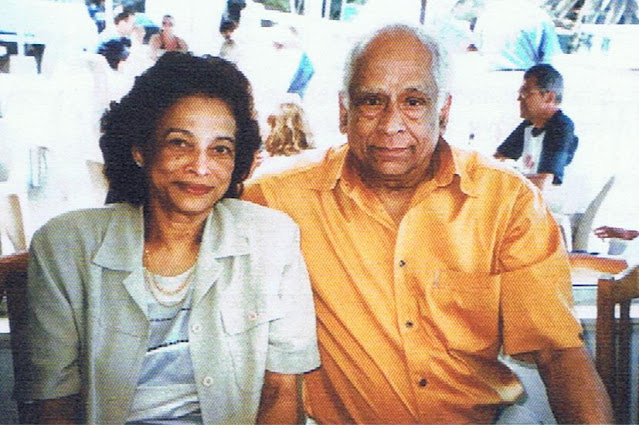 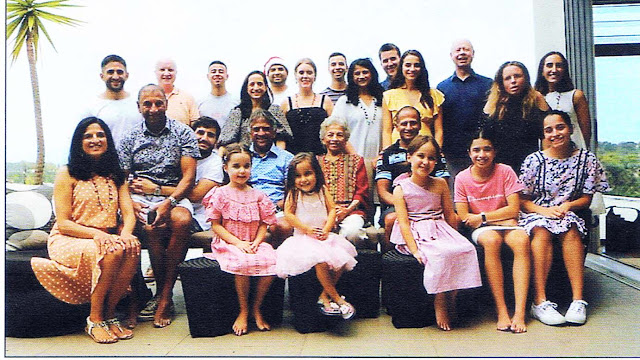