Hemingway and a Goan called Abreo

By THE ASSOCIATED PRESS

A New York Times clipping from the Mel D'Souza collection

In 1954, while in Africa, Hemingway was almost fatally injured in two successive plane crashes. He chartered a sightseeing flight over the Belgian Congo as a Christmas present to Mary. On their way to photograph Murchison Falls from the air, the plane struck an abandoned utility pole and “crash landed in heavy brush.”

Hemingway’s injuries included a head wound, while Mary broke two ribs. The next day, attempting to reach medical care in Entebbe, they boarded a second plane that exploded at take-off, with Hemingway suffering burns and another concussion, this one serious enough to cause leaking of cerebral fluid.

They eventually arrived in Entebbe to find reporters covering the story of Hemingway’s death. He briefed the reporters and spent the next few weeks recuperating and reading his erroneous obituaries. Despite his injuries, Hemingway accompanied Patrick and his wife on a planned fishing expedition in February, but pain caused him to be difficult to get along with.

When a bush fire broke out, he was again injured, sustaining second degree burns on his legs, front torso, lips, left hand and right forearm. Months later in Venice, Mary reported to friends the full extent of Hemingway’s injuries: two cracked discs, a kidney and liver rupture, a dislocated shoulder and a broken skull. The accidents may have precipitated the physical deterioration that was to follow.

After the plane crashes, Hemingway, who had been “a thinly controlled alcoholic throughout much of his life, drank more heavily than usual to combat the pain of his injuries.” 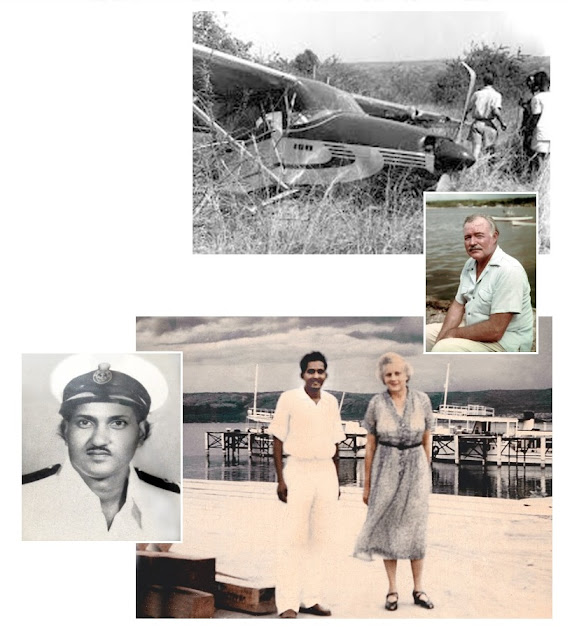 HEMINGWAY: The commander of the ship Edwiges Abreo, was an Asiatic and had long hairs growing out of both ears. For some reason, possibly tribal, which we always respect, he had never cut these hairs and they had attained a length which was, if not enviable, certainly extraordinary. One might even say that they bristled like a hedge and gave him, possibly, his only true distinction. They grew not only from inside his ears but also from the edges of the lobes. He had demanded as a fee for carrying us, Shs. 100/ a head. Since Mr. McAdam had paid for the charter and considered rescued characters could ride on a ship free at his invitation, he protested this charge. Being conversant with maritime law, and knowing that the master of the ship was well within his rights even though an exaggerated amount of hair protruded from his ears, I paid this charge and Mr. McAdam made formal protest in writing. I explained to Mr. McAdam over a bottle of Tusker that you always paid these charges and then recovered them when you were in the right. This was subsequently proved true by the receipt of a cheque for Shs. 300/ from the East Africa Railways and Harbours, an eminently just institution which employed the skipper with the slight overgrowth of hair in and on his ears. 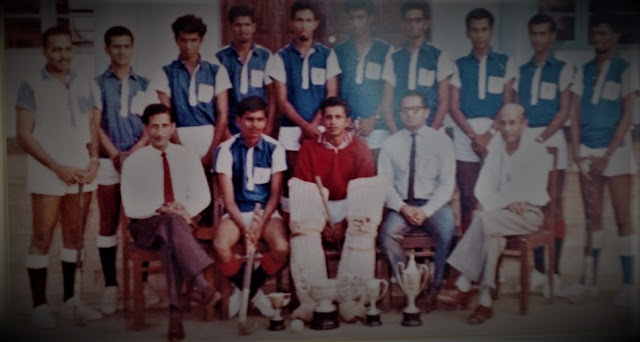