The gentleman of life 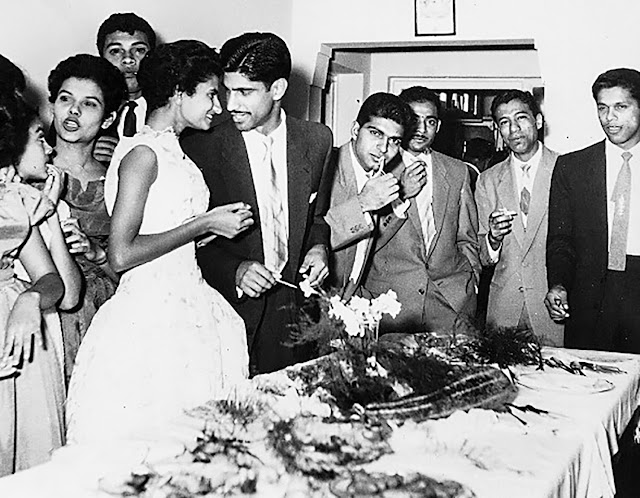 My favourite memory of Reggie and Ivy, their engagement with all the sports people in attendance.  In this photo, Henry D’Souza, Reynold D’Souza, Silu Fernandes and the late great Alu Mendonca.

REGGIE, one of the most popular, respected guys growing up in Kenya, died on his birthday on December 18, 2021. His most endearing quality was that he was always a gentleman, a considerate man and someone who chose his words after much thought and said what he had to say with due consideration for the folks he was speaking to. He could be tough when he needed to, but there was an honesty about that toughness which most of his friends respected.

Above all, he was a sportsman at heart. In hockey, they called him the gentleman of the sport … a sport which bred some hard young men who were not averse to hurting each other if they could get away with it. There were also the tricksters who did all sorts of things, a neat tap on the ankle bones, or the shins, or ball hit on the fit to gain that vital penalty corner and this and that.

However, that was the difference, Reggie played the game like a true sportsman. On the hockey field, he was where he indulged himself the most. As a centre forward the defenders did their best to put Reggie of his game by hitting him on the shins, around the ankles and anywhere else they thought they would get away with. However, that did not stop Reggie, he went about the business of scoring goals without hitting anyone below the belt, just as he did for the rest of his life. He also loved cricket and other sports but hockey was in the blood. With Ivy by his side, they were the most admired couple and as far as the guys and gals go, perhaps a little envied couple. But, as they say, this was a match made in Heaven.

Those of us who knew Reggie will never forget the gentle man we learnt to love and admire as youngsters growing up in a kind of paradise. Rest in Peace dear friend, your place in heaven was booked the day you were born. Courage Ivy, and courage too for the children and the grandchildren and the extended family. 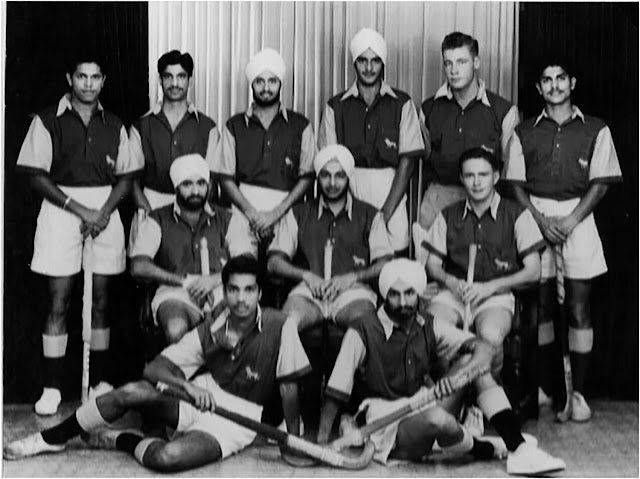 Reggie, second left standing, next to the late Alu Mendonca, the late Anthony Vaz extreme right and Hilary Fernandes on the floor left in a match representing Kenya in a territorial international 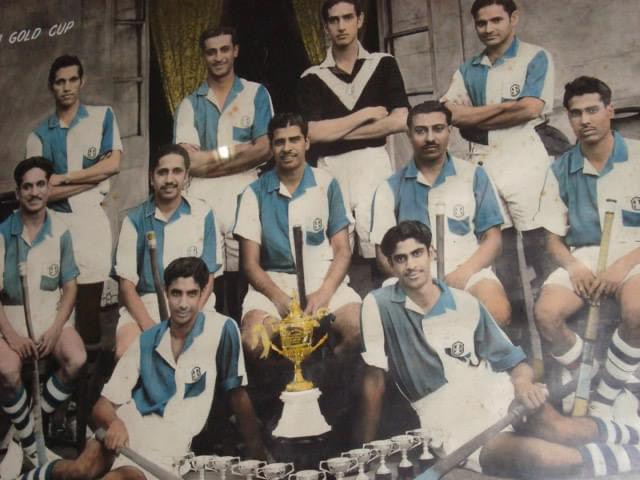 AVTAR SINGH SOHAL (Multi-hockey-Olympian and Kenya’s longest-serving captain, Old Grand Warrior: My association with Goans goes back for many years. I have and have had many friends and fans from the Goan community. Reggie was one of them. What a great personality, humble and down to earth. Our heartfelt condolences to the family and friends He will be missed by many. God Bless.

I was saddened to learn that my dear friend Reg passed away on his birthday December 28.

Reg and his three brothers (Ernest, Renato, Raul) along with my four brothers and I grew up together in the same neighbourhood in Nairobi, attended the same school, played hockey, cricket, and some track and field right from our days as kids until we moved to different parts of the world. I feel privileged that our friendship lasted right through.

Reg was an always smiling, caring and beloved family man, a great friend and a true sportsman who will be missed by many and never forgotten.

Rest in peace, My Friend.

RIP REGGIE MONTEIRO ... one of the hockey greats of Kenya:

Sorry to hear of the passing away of a thorough gentleman and a Classy Clean Hockey player. This brings us to the end of the Monteiro Dynasty (Reggie being predeceased by his brothers Ernest, Raul and Renato).

It is with sadness that we learn of the passing of Reggie. I had the greatest pleasure of playing alongside him in the 1959 Inter Territorial Championship in Uganda. Reggie was a dashing and stylish centre forward.

I offer his wife and family our sincere condolences. May his soul R.I.P.

He is now united with all his brothers. May God give you the strength at this time to bear the sad loss.

Reggie was an impeccable gentleman. Always courteous and friendly. Sorry to hear about his illness, Ivy would have poured every drop of love into caring for him. They adored each other.  Reg was a gentleman on the sports field too. Renato was the tough one, Ernest and Raul were lovely guys but Renato was also a charmer. Reggie was always everyone’s favourite person, even while we were all growing up and he remained that all his life. I am glad I knew them both.

(The D’Souzas and the Monteiros had some epic differences of opinion which were led by the two fathers especially about hockey and the Nairobi Goan Institute. Reggie was never a part of these debates).

A very jovial and excellent hockey player, he enjoyed life to the fullest. He said what he meant and meant what he said. He will be missed.

Sad to hear Reggie has passed away.

We had great times together. I remember his joy when courting Ivy, his hospitality and his love for life. Had the pleasure of playing alongside and against him and admired his skill, sportsmanship and smiling personality. I offer my condolences to Ivy and her family and pray that God will give them strength during this difficult time.

I never got a chance to watch Reggie Monteiro in action on the hockey field as he played well before my time. But from what I have been told Reggie was fast, had superb stickwork and first made his mark with Lusitanians – named after the famous club in Mumbai. The club was formed by Anthony D’Souza, a former Lusitanian star in Mumbai, who made a bigger mark as an English teacher at the Dr Ribeiro Goan School where he groomed several Olympic stars.

Reggie represented Kenya in the inter-territorial championships in 1959 and was a member of the Nairobi Goan Institute team that won the first M.R. De Souza Gold Cup in 1952. Reggie was one of three brothers on the team that included Ernest and Renato. His younger brother Raul also played for G.I. in later years. Reggie always had a smile that would light up a room and he was always warm and affectionate unless you rubbed him the wrong way. O

One year Reggie selected an all-star cricket team from the three Nairobi Goan clubs – G.I., Railway Goan Institute and Goan Gymkhana – to take on Mombasa Goan Institute in a two-day match. It was by far one of the best sports trips I made and we named it “Pound-Pound trip” Reggie decided that wherever we stopped for a meal or drinks each member had to hand a 20-shilling note to our treasurer Maurice. It was only on the second day of the encounter that I saw Reggie lose his cool. We had all gone for lunch and the captain made it clear that everyone had to return by 2 p.m. for the second innings. Three of the players – no names mentioned – arrived late and quietly slipped onto the field. Reggie ordered them off and ordered they would take no more part in the match despite our protestations. But Reggie stood firm. Silu Fernandes and I opened the innings and both scored half-centuries to give our skipper the victory. The players eventually apologized and we got back to Nairobi one happy group again.

Reggie was a gentleman and we will miss him. Our condolences to his wife Ivy and family. Ivy, of course, was also involved in hockey and had the honour of managing an East African national women’s team to India in the 1990s.