Paul Nazareth is typical of the young Goans who grew up in East Africa and Nairobi and Mombasa in particular. It was the same in Kampala, Uganda and Dar es Salaam Tanzania as well as in other smaller towns peppering the three East African countries. Everyone was into sports, of one kind or another or multi-sports.

If the school (especially the Dr Ribeiro Goan School) was the nursery of sport for boys and girls, then the Goan clubs were the epicentres of the upper grades of sports, just a level down from National representation for brilliant few and international sports arenas for the minor gods of their chosen sport.

Nonetheless, it did not matter that you were a club player, a Kenya representative player, an Olympian or one of the few who played in world championships, especially hockey. We admired and tried to copy the superstars, but we did not them as superstars, they were mostly all our buddies.

Paul Nazareth was one of them, a dedicated club sportsman.

The kids who grew up in the Pangani Goan Estate had their very own club and most of them, all adults, some with families of their own, will tell you they probably loved every minute. These days Zoom is their only meeting place because like seeds in the wind they are scattered all over the world.

Over the past few months, with the help of several of the former youngsters who grew up in the Pangani Goan Estate, I have posted a couple of stories on my blog and shared them on my FB page. Everyone loves nostalgia and why not?

Talking to Paul a few months ago (when I was researching the Pangani story) he told me of the time he was attached in his Pangani Estate home and a neighbour and growing up buddy Anto (Antonio DeSousa) rushed him to hospital. On another occasion, when Paul suffered severe backaches, Anto took Paul to Anto’s brother Trevor at Kenyatta General Hospital “who fixed me up.”

We were all communities of the Maker’s liquorice all-sorts, many, many were the good sorts who did not think twice about helping anyone in need.

During a long and dedicated life at the Railway Goan Institute, Paul was the Sports Secretary of the R.G.I. for many years until its closure in 1970. He also organized Darts and Table-Tennis tournaments every year.

He was the Captain of the RGI hockey that won the Gold Cup in 1967 and a member of the team that also won Cup again in 1969.

Table-Tennis: Paul was the Manager of the Kenya Team that went to Nigeria for the All-Africa Games (“we were at the airport when Nigeria’s Head of State Major General Gowan was overthrown”) and to Calcutta for the Commonwealth Games.

In 1987, he was the Manager of the Kenya team for the All-Africa Games in Nairobi, Kenya.

He climbed Mt. Kilimanjaro through the Outward-Bound School … he can’t remember the year.

He worked for the Kenya Railways for 28 years, before leaving with his family in 1988.

As we journey into the twilight years of our lives, we can only smile and celebrate quietly the best times of our lives both in Africa and wherever we live far from Africa.

(More to come I hope) 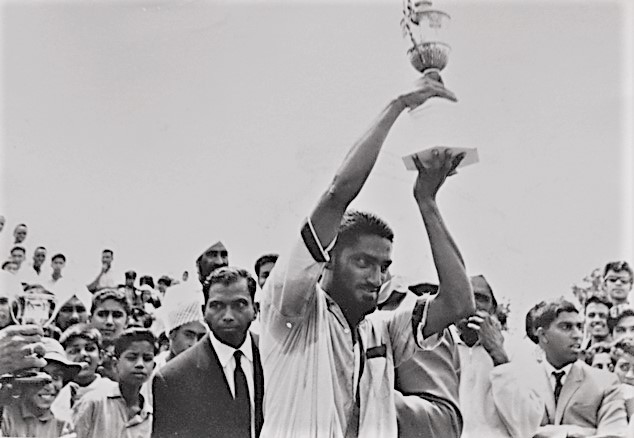 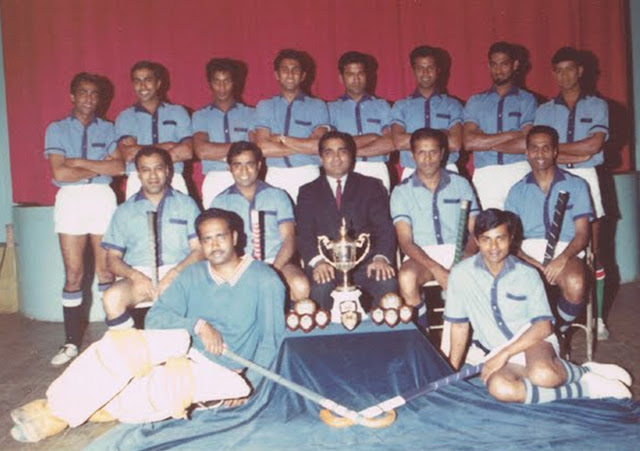 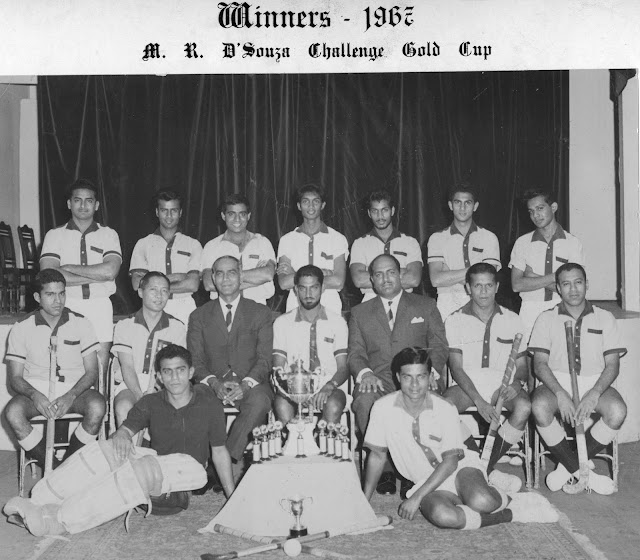 JAMES FERNANDES who played hockey with him: Paul is truly a very special person, always helpful and supportive. He has a good sense of humour and although quiet by nature, his presence was always felt, especially in the RGI. He is someone you could easily share your problems. An amazing friend to have.

I first met Paul in my late teens when I joined the RGI and Paul was the captain. We immediately bonded and Paul would go out of his way to make me feel comfortable and wanted. He would on some occasions collect me from work in the industrial area on his bike and exchange ideas on different issues including hockey. He took me under his wing and always ensured I was well looked after, on and off the pitch.

He was a very successful Captain winning the Gold Cup twice and was privileged to be part of the winning team on both occasions. He had a great way to bond the team, especially when everyone had different ideas, he would always calmly resolve matters amicably, bearing in mind that we had a few Kenya internationals in our team.

Paul was a fearless left-back and could hold his own. Opposition forwards were always wary of his presence and dared not mess with him.

In our meetings, he would always say: “if you don’t get the ball, get the man “in his case he got both. I played right-back and he was left-back and we had a great understanding in our defence strategy.


Paul took his captaincy very seriously. RGI was playing a Gold cup final on Easter Monday and we were all instructed to have an early night, which was rare in our time and era. Unfortunately, there was the Easter Sunday dance and at our age could not resist attending. At about 9 pm Mr Nazareth suddenly appeared and politely told me that I should leave around ten. After ducking and diving, he finally cornered me and escorted me home - on his bike. It did help, we won the gold cup the next day.

Paul is a great guy, no one who ever met him will easily forget.

Unfortunately, I had to depart Nairobi for the UK and left behind one of my best buddies with memories never to be forgotten. I did meet Paul in London and in Toronto and it was just like old times. He was still the same Paul I knew, simple and caring.

HILARY FERNANDES, Kenya Hockey International: A great article on a well-deserving person at the right time.

Going back to the good old days brings back super memories of the great guys I played with, and they were all wonderful fellows both on and off the field. I cannot believe I played under Paul’s captaincy but have to give him full credit for the way he conducted himself in the position. Paul was humble, polite and very pleasing in his line of instructions, always requesting, never commanding. I don't ever remember him being rude to anyone and because of his nature, we all did whatever we could to support him.

I looked at the very first picture of the winners 1967 Gold Cup, but never occurred to me how the positions were decided, but after all these years of wisdom, this is what I came to the conclusion. Sorry Paul I hope this will not offend you.

Like in a Class room when you are not a good student they make you STAND AT THE BACK ROW,now look at the picture very carefully and you will see what I mean,unfortunately that includes by brothers.

Look at the those that are all SEATED, these were the BEST PLAYERS. And lastly, those that were not so good were made to SIT ON THE GROUND.

I’m so fortunate to be alive to speak my mind, and will admit that it was an honour to have played with you All. You were the best ON & OFF the field and Paul you were indeed a good Captain.

I still keep in touch with Paul and he is the same OLD PAUL in his talk and mannerisms. You certainly deserve this write-up from our friend SKIP and to all those that have contributed to this article. Keep well and Keep safe. 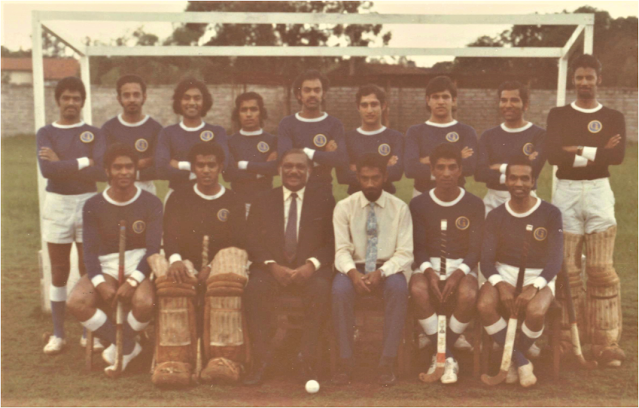 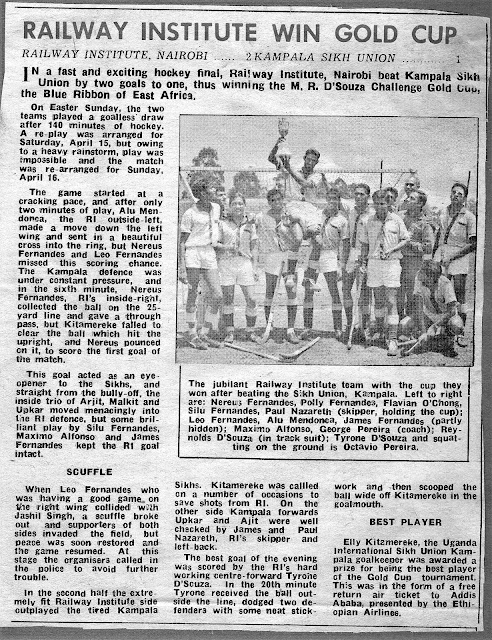