Thank you for everything
you have done for me! 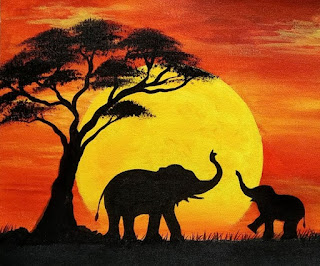 FROM the day I was born I have had a fortunate life, interspersed with a lot of pain and grief but for a kid who was forced to leave school at 12, it has indeed been a fortunate life. I who was born with nothing, who had nothing, was sustained by the goodness of the people I met on life’s many and differing paths. Seychellois, Mauritians, Somalis, Bohranas, Swahilis, Arabs, Indians of every ilk, Pakistanis (Muslims, we used to call them), Europeans and indigenous Africans. It was not until I met a bunch of guys called the Jokers that I got to know the Goan club crowd. It was a blessing in many ways because I made life-long friends.

Before I met and got to know the Goans again, I was lost in a paradise of my own: journalism. I was completely consumed and success came quickly which fuelled my appetite and dedication even more.

I would finish work at Midnight and head for the nightclubs to check out the music scene or the club scenes at the Sombrero Club which was a strip joint, or the Starlight club which had the barbecue (nyama choma) setting in Nairobi at the time. The owner, Robbie Armstrong was a sports fanatic and a great buddy of journalists. He was generous to a fault.

Some nights I would hop into Guy Spencer’s old car and drive to Nakuru, Eldoret or anywhere with a good breakfast place. The old Wagon Wheel Hotel in Eldoret was a favourite because we thought their breakfasts (including delicious cold-pressed tongue) and bread straight from the oven were our favourite.

I could never have imagined the life I was leading: meeting budding politicians who were to become independent Kenya’s first leaders, sportsmen, especially athletes who promised the earth which was delivered many years later with gold, silver, and bronze medals on the world’s greatest stages. I had never played hockey. Our school did not have that facility, in fact, there was no facility for any sport. Once I got to understand the intricacies of the game (thanks to Oscar D’Souza, we would debate various aspects till the early hours of the morning.) As a sports reporter, life was heaven, meeting players and athletes who in any developed country would be superstars. These were gifts that I could never have imagined. And then into politics, police rounds, Parliament, travelling Africa and the world, special features, one exclusive after another. As long as I was a journalist (journalists never really retire, sometimes they downsize their participation) life was a kind of paradise.

I also got to know musicians of all skins and colours around the country. I was MC-ing dances from the age of around 14, especially the Seychellois dances which were something special.

My God has been particularly generous to me, especially in Australia. After working with the Sydney Morning Herald, The Australian, The St George and Sutherland Shire Leader in senior positions, I changed tack and took on the position of communications and community relations manager with emergency response in any incident being the priority. I had to learn a whole new industry, oil refining with all the public issues, environmental controls, accidents and negative emissions in the refinery. I had a ball because I had a great team of senior people to work with.

Australia also gave me the chance to produce once the longest publishing Indian newspaper in English with the paper’s founders Nina and Vijay Badhwar: The Indian Down Under. Sadly, it survives online, a fate suffered by many mastheads throughout the country.

Newspapers in the traditional form are dead or nearly dead.

Australia also gave me the chance to publish four books. Yesterday in Paradise, Stars Next Door, Yesterday at the Nation (limited print edition) and Twilight of The Exiles.

The great gift in my life, besides my own family and my extended family, have been the friends I have made along the journey. I will always be grateful for that.

I was planning my final book but I think I have failed in that endeavour and it is time to cancel my subscription to the MS Word, the Adobe suites and all the other associated online programs and downsize my online life.

I would like to continue publishing Death and Funeral notices as well as eulogies and tributes with photos. However, research will be a thing of the past. The Facebook page will still be there as well as the blog, but not updated too often.

I was hoping to achieve the magical figure of One Million times stories in my blog have been read by you good people but I may have to settle for around 800,000 by the end of the year. No mean feat and it will be only and all thanks to you all. God Bless.

I HAVE ALWAYS BEEN BLESSED WITH THE SOME OF THE MOST CARING AND GENEROUS READERS, YOU HAVE CARRIED ME WHEN THINGS WERE TOUGH OR I WAS DOWN IN THE DUMPS. YOU WILL ALWAYS INSPIRE ME. I WILL ALWAYS HAVE YOU IN MY HEART.