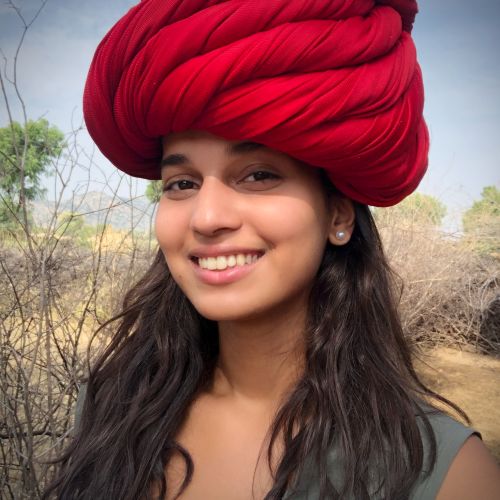 Malaika Vaz is a National Geographic Explorer, TV presenter, and wildlife filmmaker focused on telling stories of endangered wildlife, the human-wildlife interface, and investigating the illegal wildlife trade globally. Vaz hosts, directs, and produces documentaries for a wide range of TV networks and is the co-founder of Untamed Planet - an award-winning production house focused on creating impactful natural history and environmental programming to drive conservation efforts.

Her most recent films have been about vulnerable migrant workers through the Nat Geo COVID-19 Fund for Journalists, bat conservation in a post-pandemic world for Al Jazeera, and elephant tourism and its links to criminal trafficking for the BBC.

As a Nat Geo Explorer, Vaz recently presented and directed a documentary series on community-led Big Cat conservation in India titled Living with Predators for Nat Geo Wild and Disney+. She also was the host of a popular eight-part Discovery Channel/Animal Planet species that documented lesser-known species on the brink of extinction.

Vaz is a PADI DiveMaster, Cessna Pilot, competitive windsurfer, and endurance horse rider - and her expeditions and shoots have taken her across some of the most hostile and challenging terrain across the world. She also works closely with organizations like WildAid and the Wildlife Trust of India on wildlife trade investigations and policy initiatives.

In July 2020, Vaz was nominated for a Panda award for her feature-length documentary on the transnational and illicit trafficking of manta rays. She was also recently named an Advocate for The Earthshot Prize

Saving manta rays: After wildlife filmmaker Malaika Vaz stumbled upon manta ray poaching near her home in India, she disguised herself as a fish trader to find out who was behind the plot. That was a dicey proposition as the Nat Geo Explorer pursued traffickers of the threatened animal in India, China, and Nepal, she tells Overheard, the Nat Geo podcast. “Very often we’re scared of the bigger guys—the kingpins and the people who, you know, liaise with the kingpins, the people in positions of power.” (Above, Vaz swimming with the rays in the Maldives.)