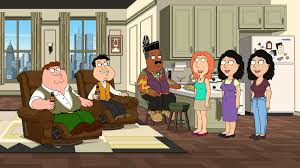 FRANCISCUS (Franky) Antao was a civil servant in the British Colonial Civil Service. He was actually one of the hundreds of clerks in the Secretariat. Many, many years ago he had been seconded to the Permanent Secretary for Recruitment, Local and Overseas, Johnson William. Franky was William’s clerk with a key responsibility. JW, as he liked to be called, was a typical British foreign colonial from the old country. Most of all he did not like to spend too much time in the office.

He was skilled enough to gather around him a team of mainly Goans and other Indians who made sure that the department was run as a pretty tight ship. He on the other hand was happiest at the Muthaiga Golf Club, on the course, naturally or lunching in one of the finest dining rooms in the country. The MGC also had a much-loved bar. With that came a reputation that no decent Catholic would have found sinful. However, meeting the sex-hunger needs of the wives of farmers and civil servants who were forced to endure life in the bush meant that the colonial government provided regular short-term local leave which the women loved spending in Nairobi and GMC was a haven for finding willing partners.  These short leave sexual encounters often took a regular turn and again there were regular incidents of angry husbands wanting their pounding flesh.

Nonetheless, the British stiff upper lip ensured that any newspaper-worthy sensational stories were spiked in-house. Thus, the ugly side of the MGC was usually swept aside and dressed by a kind of virtual whitewash.

To this day, the MGC remains the pillar of the upper echelons of society. I don’t think you will find any sexual shenanigans today. The sex-hungry farmer’s wives are now just a memory of the colonial past.

JW had a full complement of civil servants, from undersecretaries down to the humble junior clerk. Our Franky told everyone that he was the official “recruitment clerk” to JW and the department as a whole. He always forgot to mention that his “recruiting duties” were only one of his many chores as a clerk. He also forgot to mention that “recruiting duties” were restricted to sending “recruitment analysis forms” (a job application really) to applicants. Although his task was minuscule in this process, he did take the trouble to find out the mysteries embedded in the form and after a while, he was competent enough to understand who were the likely successful candidate/s for the advertised job. In the senior job section, the approvals team usually reserved the vacancies for English men and women from Briton. The other vacancies were filled by people marked as “others” of any colour except black …. except in the rare extreme.

As a result of his newly gained knowledge as “the” recruitment clerk, he became endeared to many Goans whom he helped with filling in the recruitment form to the best of his newfound knowledge which was eventually successful more often than not. Thus, Franky Antao gained for himself the respect and admiration of the Goan community. In the eyes of the many members of the Nairobi Goan Institute he was known for his astuteness and analytical skills but not for his skills at the card table.

At home too, his doting wife Mariela came to rely on his analytical skills and sought his help in solving many household problems and future plans. Mariela trusted her teacher-husband implicitly and enjoyed that her husband was such a clever chap.

Hence one Saturday night, after the children had gone to bed, she sat knitting while her husband enjoyed a cigarette and a Scotch while reading something of assumed high importance.

“One of these days, Gildo’s parents will come to ask for Juanita’s hand in marriage with their son. How should we go about it? After they ask, we should have them around, dinner and drinks before we sit down to discuss everything,” she said somewhat sheepishly.

“Yes, yes, of course. I have been giving it some thought and I have come up with a plan. When he comes to ask a name a date when his parents could come to our house, I will have a chat with him. I have adapted my work recruitment form for him to fill out. That should give us all the answers we need. For example, we will know if likes and dislikes generally. His earning potential, savings, health, and everything else his potential in-laws would like to know before giving their consent and engaging the parents in setting a date,” he said with triumph.

Mariela’s eye’s lit up too. She knew her Franky would have a simple solution.

All spick and span, just like in the British Civil Service.

Well, the day came when Gildo followed Juanita into the Antao home. Waiting with open arms to greet them were Mariela and Franky (who was wafting a cigarette high above everyone and smiling to high heaven). When all had settled with a drink, Gildo asked the question. You know the one when can his parent come to visit the Antaos about finalising Gildo’s and Juanita’s wedding plans.

Frankie put his arm around Gildo and took him into the kitchen. “Gildo,” he said, “you know I am a bit of analytical nut. I have created a form that I ask you to kindly fill out. The answers you provide will give us a very clear idea about what we do not know about you. It’s nothing too serious, please oblige me.”

As Gildo picked up the form, Franky said: “I hope you will find it useful too.”

Beaming with delight, there were hugs all around before the “good nights”.

A couple of weeks later, Juanita asked her dad to come home early from his daily card table at the GI. “Gildo is coming back with the form you ask him to fill.”

When Gildo did arrive that night, he was fuming like a raging bull.

With tear-filled reddened eyes, he said: “My father told me to tell you that you should have a good idea what to do with your marriage proposal form. He asked me to inform you that no son of his would apply for the job of being married to anyone.” With that, he walked out and slammed the door as he left. That was the last they saw of Gildo. Much unhappiness, tears and sadness followed in the Antao household. Franky was a lesser man; his feathers as an analyst had been well and truly plucked. He never set foot in the GI again. His fall from grace was too much to bear.

You know what they say about little knowledge.

Juanita eventually married, a popular motor mechanic call Manuel. I suspect they lived happily ever after. Frankie kept his distance and relied on Mariela to do the needful. She had his full support.