Architect of the Holy Family Cathedral 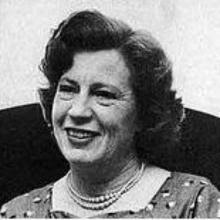 Dorothy Hughes was a Kenyan architect, politician, social reformer and disability activist, the founder of the Kenyan Council of Social Services and head of the Sports Association for the Disabled. The first East African female architect, she's known for her design of the Cathedral of the Holy Family in Nairobi, the capital of Kenya.

Ethnicity: She was born in London, UK, but spent all her childhood and adult life in Kenya.

Although both her parents were britishmen and Dorothy was born in the UK, when she was 3 years old her family moved to Rift Valley town of Eldoret in Uasin Gishu County, in 1913, constructing the second building in that town. She spent all her chidhood in Kenya and have belonged to this country with all her heart.

During her childhood Dorothy studied in Kenya but then decided to continue her education in the UK.

Dorothy was a very active woman who tried to succeed in every sphere but architecture was her true passion. She became a Fellow of the Royal Institute of British Architects in 1946 and opened an architectural firm, Hughes and Polkinghorne, designing such structures as the Golden Beach Hotel,Murangi House, the Princess Elizabeth Hospital, the Rift Valley Sports Club, and St. Mary’s school. 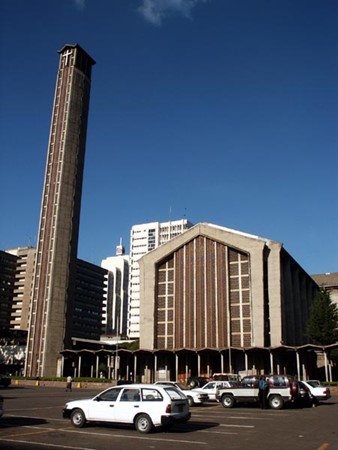 (The Cathedral has a modernist style and non-figurative st...)

(Murangi Houses are the chain of the hotels which offer co...)

Because of her beliefs and religion as well as membership in New Kenya Party, she lost her seat of the official in 1961.

Dorothy believed in cooperation that's why she entered to the first multi-racial political party in Kenya which was founded to counter African nationalism and European conservatism and called for independence with a multiracial coalition government.

Dorothy was an active person who never lost her enthusiasm. She always worked and had pretty active political and social positions which let her to achieve many goals among which is the construction of numerous socially friendly buildings like hospitals and cathedrals, schools and other educational enterprises. She believed Kenya could be a better place and she did her best to improve the women's situation in Kenya and Africa in general. Her legacy is still alive, the firm she founded still exists, the buildings she constructed are still the ornament of the city and the memory about her will live for many decades as she has always tried to leave her trace in this world.

Dorothy was a person who seemed to never get tired. She was always doing some kind of work, whether political or architectural, she had a big loving family and was trying to make Kenya a country with opportunities and first of all a country which would be considered as a safe one for women. She fought for women's rights and did everything to achieve the aims of making Kenya a place where people are able to live happily.

Physical Characteristics: She was an attractive charismatic woman who was never afraid of being a leader.

She was married to the Kenyan Ford agent, John Hughes, who later founded Hughes Motors. Subsequently, the couple had 6 children