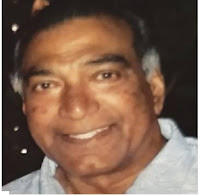 Trevor Fernandes missed being part of the Indian hockey team for the 1972 Olympics due to an injury. Twelve years later, he made it, this time with United States. (with thanks to Marcus Mergulhao and Times of India) 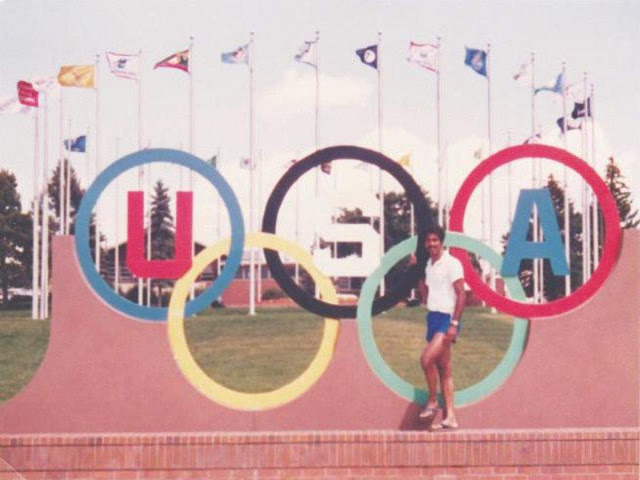 DREAM COME TRUE | At 33, Trevor Fernandes was United States’ oldest and most influential hockey player at the 1984 Olympics in Los Angeles

In 1965, when the Pakistan national hockey team embarked on a tour of East Africa for a series of friendlies, they had a stopover in Zanzibar.

Pakistan was a strong side and took control of the match no sooner Zanzibar’s initial enthusiasm had died down in the first five minutes. The Asian champions took the lead too, but the hosts soon levelled scores at the Mao Tse Tung Stadium.

The equaliser was scored by a 15-year-old Goan school boy, Trevor Fernandes.

Having seen him make an impressive debut against Dar es Salaam, the home fans were not alarmed. Pakistan eventually won the clash 2-1, but it was the “promising, bright forward” – in the words of local newspapers -- who grabbed all the attention.

Trevor was a champion athlete in school at St Joseph’s Convent. He played football too; represented Kikwajuni Sports Club in the first division, but hockey came naturally. His father, Reginald Theoten, was the national coach, while brother Mervyn and sister Beryl both played for Zanzibar.

The Fernandes family moved to Goa in March 1967 and Trevor, who studied at St Anthony’s High School in Monte de Guirim, worked his magic again.

“When I came to Goa, it was not just hockey for me, but football too,” says Trevor, who played football for Academica, a top-division team, and hockey for Dempo-Souza.

Despite the limited opportunities and poor infrastructure, Trevor stayed focused and excelled wherever he played. At first it was with St Anthony’s where he helped them win the Inter-Schools tournament. As goals started to flow from his stick and everyone took notice, it was only a matter of time before he was picked for the All-India Schools XI team.

His journey had just begun. “The infrastructure for hockey was quite poor. There was absolutely nothing, no facilities, no coaching. Whenever we went for nationals, Goa were in the bottom half,” says Trevor, who has his house in Calangute, but now settled in United States.

It was while at St Joseph’s College in Bangalore, now Bengaluru, that Trevor’s career really took off.

In the final, Trevor was at it again, this time scoring the only goal against Bombay University to deliver his team the title.

The star act meant Trevor was the top pick for All-India Universities team that toured Australia in 1971. On that tour, he scored fifteen goals in five matches to emerge as the highest goal-scorer.

Wherever he played, goals followed. Trevor soon broke into the India team for the Pesta Sukan regional hockey championship in Singapore. He also played Test matches against Great Britain, all this when he had not even turned twenty-one.

“Blessed with an athletic body and possessing quick reflexes, Trevor’s game is a connoisseurs delight,” Sportsweek, a popular sports magazine in the seventies, wrote in one of its reports.

It was not hyperbole. Trevor was a genuine talent and one of India’s leading centre-forwards during his school and college days. However, he was unlucky not to make it to the World Cup (1971, Barcelona) and Olympics (1972, Munich) with the Indian hockey team.

“In 1972, I picked up an injury during the Olympics camp and was not selected. I was confident that I would eventually make it,” says Trevor.

Life, however, had different plans for him.

His hockey career was temporarily interrupted when, as a BSc graduate, he moved to the United States for further studies.

“I could have achieved a lot more in hockey, if I had stayed in India,” feels Trevor. “I was still very young. Goan families emphasised on education and mine was not an exception.”

When he landed in Seattle, United States, it was football that he embraced. There was no hockey in sight, so along with his brothers Mervyn and Hector, he stuck to football.

“There was no hockey here, so we got together and formed a club team with those who played the game in their own countries, mostly Ireland and Scotland,” says Trevor.

That proved to be a blessing in disguise. When Los Angeles hosted the Olympics in 1984, United States had a hockey team of its own. Trevor, at 33, was the oldest, and without a doubt, their most influential player.

Guess who United States played in their opening game? India. It ended in a 1-5 defeat against the defending champions, but for Trevor, being at the Olympics was a dream come true. 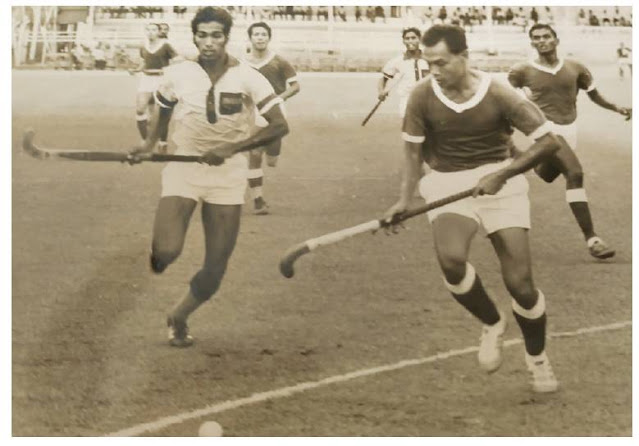 STAR TURN | Wherever Trevor (left) played, goals followed. He made his India debut at age 21 when he travelled with the team for the Pesta Sukan championship in Singapore

"I could have achieved a lot more in hockey, if I had stayed in India. I was still very young. Goan families emphasised on education and mine was not an exception."