Once upon a time, at the ball in Nairobi 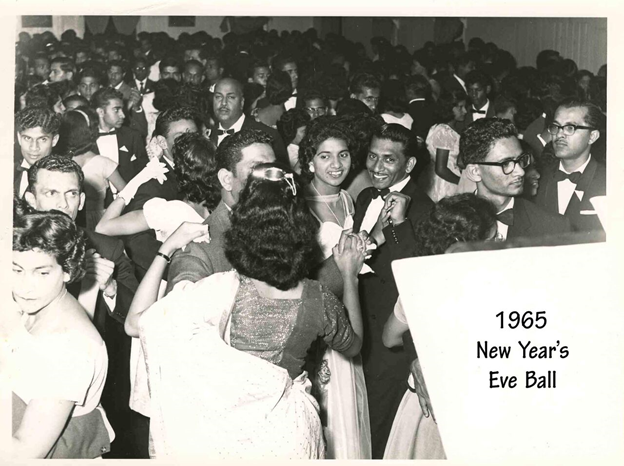 At the Railway Goan Institute

The term 'ballroom dancing' is derived from the word ball which in turn originates from the Latin word ballare which means 'to dance' (a ball-room being a large room specially designed for such dances). In times past, ballroom dancing was social dancing for the privileged, leaving folk dancing for the lower classes. These boundaries have since become blurred. The definition of ballroom dance also depends on the era: balls have featured popular dances of the day such as the Minuet, Quadrille, Polonaise, Polka, Mazurka, and others, which are now considered to be historical dances. (Wikipedia) 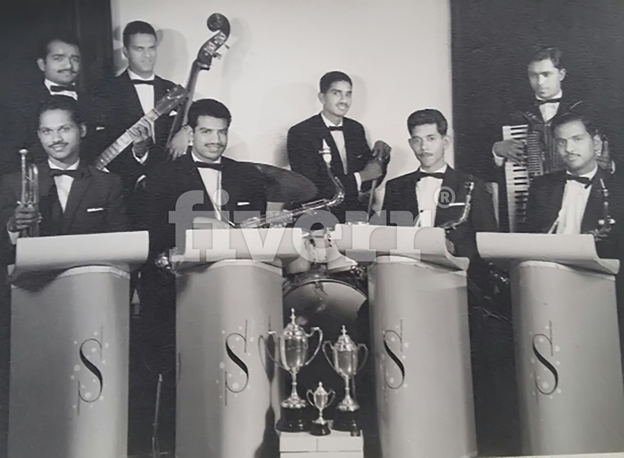 THE 1940s and the 1950s were perhaps the greatest years for ballroom dancing in Colonial East Africa. The best traditions of the upper-class British ballrooms were replicated in all the finery the British gentry brought splendour to the typical ball.

The British and European did their own thing but the Goans, with their various clubs in Kenya, Uganda and Tanzania were not far behind. What’s more, the Goan musician ranked with the best in the British protectorates and colonies. In the very early years, Goan musicians were found regularly at the Governor’s ball or at the Whites Only social and sports clubs.

The Seychellois and Mauritians were not too far behind, they made great music too. However, they really blossomed in the late 1950s when Bill Haley and Comets introduced Rock N Roll and with Elvis Presley knocked ball room right into the history books.

As far as the Goans were concerned, a couple things stood out: the men in the black or white sharkskin tuxedos or double or single-breasted lounge suits and the ladies, well I tell, they were stunning in their full-length gowns (the girls, ladies, would invest a lot of time designed and some sewing their beautiful gowns … I have this second hand, of course, but ask anyone of that era who is still around and they will go woolly-eyed with nostalgia. At the Railway Goan Institute more than 500 people would be jam-packed in the hall especially for the New Year’s Eve Ball. There was perhaps a bigger crowd at the Nairobi Goan Institute and smaller one at the Nairobi Goan Gymkhana. I did not go to a Goan dance in Nairobi until the 1960s and the jive was my thing and the slow dances too.

The dances: Tango (looked ridiculously difficult, loved it later), the Hokey Pokey, the foxtrot or slow foxtrot, The Quick Step (knew of a chap who took his partner round the hall as if he was driving a Ferari), the Samba (liked that), a good helping of Konkani traditional songs and something called the Lancets (?) the Rumba (did not mind that either), the Waltz (loved the slow ones), Cha Cha Cha, Mambo (warming up), Boogie Woogie (before the arrival of Rock N Roll) and there were a few other crazy British dances that were mimicked.

THE SONGS: Singing the blues, Memories are made of this, Putting on the Ritz, Red Sails in the sunset, I’m putting my eggs in one basket, Sweetheart forever, The Tennessee Waltz, The wind in the willows (slow foxtrot), I’m in the mood for love (loved that), September in the rain, Don’t let the stars get in your eyes, She’ll be coming round the mountain, Oh Mein Papa, Such a night, Secret Love, Three coins in the fountain, Mambo Italiano, Magic Moments, Cherry Pink and Apple Blossom time, Unchained Melody, Que Sera, Sera, Rose Marie, When you fall in love, and the world of music changed in 1955 when Bill Haley and the Comets sang out Rock around the clock …

The Goans were a little slow in taking up the devil’s dance: rock n roll but they came around eventually but one of the first to master the dance was Rowland Rebello. He was a brilliant twister as well. He and Madeleine Stokes starred in two of my shows.

Goans and the rest of non-indigenous Kenya was also slow to take up Swahili music but they surrendered their prejudices when bands began playing the national anthem of song and dance: Malaika, especially for the midnight special.

The Easter, Christmas, and New Year’s dances were the high points of most Goan social calendars. Easter Monday was also a big celebration, mainly for the young people. There was usually visiting sports team and Monday was set aside for the Hop, an informal dance. Great food, lots to drink, making merry, winning hearts, losing hearts, broken hearts or just having the time of your young life.

Ah the King of dance bands in Kenya: Like I said, there were many Goans who were brilliant musicians, some whose names I will never because, like everything else, all of them have passed into history. How there is one was perhaps the outstanding band leader of the 1950s and early 1970s: Steve Alvares. I am praying that I will be able to write about his musical history. God willing.