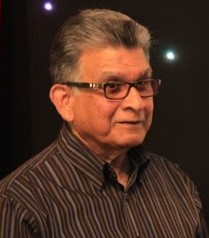 NICK DE MELLO was a great friend – and more than just a friend. When he died, I hurriedly wrote an eulogy and gave it to my brother David to deliver because I could not get out of going to the US and could not be there for the funeral.

We are here to celebrate the life of Nick De Mello

I would like to talk on behalf of the Nazareth family and the boys of St. Mary’s College Kisubi.

The De Mello family and the Nazareths have been close for about 80 years. Nick’s mother Bella and my mother were best friends. In fact, Aunty Bella was my brother David’s godmother – and her brother was his godfather.

My earliest memories of them go back to 1954. Nick and his brother Arthur were close brothers and partners in crime from a young age (a bit like David and myself – but 10 times naughtier). Because of their mischief, they were sent to boarding school in Mont de Guirim (Goa) – well-known as the school for naughty boys.

I remember the families going to the railway station in Kampala to collect them in 1956 or 7 when they came back. It was time for them to go to secondary school – Kololo. As was traditional at the time, they would have to stay with relatives. But because of their joint escapades they had to stay separately – so Arthur lived with Uncle Frank’s folks and Nicky lived with the Nazareths who were in Kampala for a couple of years.

And now comes one of the crazy ideas of Nick’s which would end up changing my life.

It was the time of the ice-lolly craze and I and my siblings Ruth and David were part of it. Nick thought of an idea – “Do you have any old t-shirt? I can sell it and get some ice-lollipops”. We found one and he did what he said he would and we got our ice-lollies; our parents were none the wiser.

But Nick had sold the t-shirt to the house-help of his Uncle Timothy down the road. Timothy thought it looked familiar and quizzed his house-help. The cat was out of the bag.

Nick’s dad came and took Nick away, giving him a few whacks in the process and put him in boarding school in Kisubi.

(If I can digress a second – you can see that Nick had an entrepreneurial bent even then.)

Now Nick was a fantastic storyteller. He would tell David and me some of the most weirdly wonderful stories. During his holidays Nick would be around and he told us wonderful yarns about school life in Kisubi. From that time on I told my parents that I must go to Kisubi for my secondary studies. (My 3 siblings had all gone to Kololo Secondary.) And that is where I went several years later. Kisubi was primarily an African School with about 7% Goans; it would change my life. I came to know Africans and take an interest in politics. It made me an African essentially.

Nick was always a kind soul. I remember when he was a teenager, he would organize friendly cricket matches with the youth of the Entebbe Indian club. He would make sure he included us young ones. He would even give me a chance to bowl – I was a terrible bowler, but it didn’t bother him that I might cause his team to lose.

Bulla tells me Nick taught him swimming safety in his unique way by inventing stories of monster fish that would nip his legs or other things underwater if he went with a tube without knowing how to swim.

He organized several sports events. But when Nick was in the midst of the event we all knew that he was unapproachable – he was in the zone. Stay away!

He was always part-rebel – but always for the benefit of people. Around the mid-1960s he started the sports movement called the Moonrockers in Entebbe. His friend John Sequeira from Sydney says he was very much one of the ring-leaders. Their purpose was to give people a chance to play in tournaments when they were not selected for the GI’s teams. They organized several hockey and other sports festivals. They shook up the management of the EGI before moving on to other things.

I remember him organizing a table-tennis match in the late 1960s between the touring India TT team and the EGI.

He eventually moved to Kampala after school and joined Equatorial Travel Agency. He shared in a mess with Stan De Souza and John Sequeira (now in Sydney).

There he worked with others to spearhead the formation of the Horizon Sports Club at Lugogo Stadium – again for the same reasons – the KGI didn’t give enough young people a chance to play in tournaments in their sports team. This organization was more enduring than the Moonrakers and lasted for several years. In fact it was at one of their galas in mid-1970 that I had my first date with my future wife Cynthia. Thank you, Nicky.

And then in 1972 August, the Asian Expulsion exploded among us. Nick was arrested and thrown in prison because the army suspected all people in the travel business of dealing in foreign exchange. Nick managed to get released and quickly left the country for Canada before they could come looking for him again. One of his colleagues had been murdered by the army.

Nick and Cressy married in Kampala where Evelyn was born. At the Expulsion they settled in Montreal where 2 more daughters were born - Twyla, and Olivia. Their grandchildren are Larissa, Samaya and Kiera.

Nick was a founder of the Quebec Goan Association. In fact, his daughter Olivia is the current President of the QGA. He formed the travel agency Aerotours with branches in Montreal and Toronto. Nick had a faithful clientele from Ugandan Africans who had settled in Canada. They would seek him out from across Canada.  Eventually, Nick and his family decided to move to Toronto.

Nick was Mister Entebbe. It was he that would organize many of the Entebbe events – picnics, dances ---- before he slowly passed on that role to Joe Rodrigues in Toronto. He organized the 100th anniversary of the EGI in 2005 and produced a souvenir newspaper. He probably hah the best collection of Entebbe pictures.

Kwaheri Nick, till we meet again. May Jesus welcome you into his arms.