ONE OF LIFE’S GREAT GUYS

Another Star Next Door

This celebration of a great buddy has been long overdue. I have been slow getting off the mark for one unforgivable reason or another. His fans have been quite vociferous: write the story! At last, here it is. 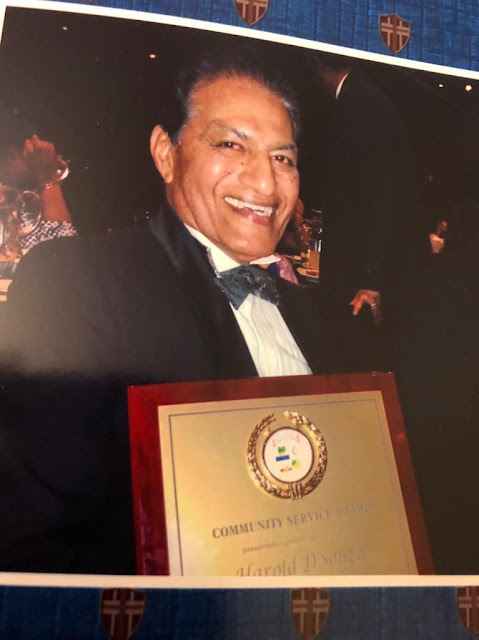 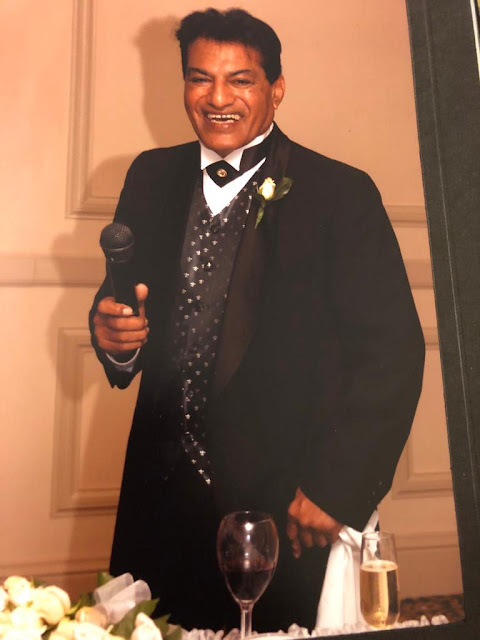 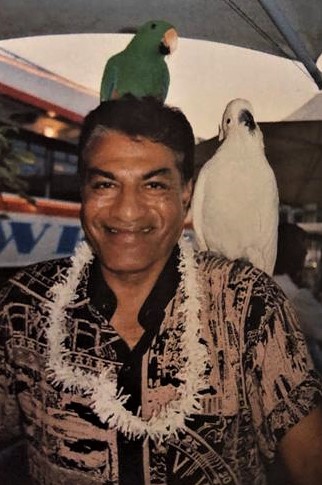 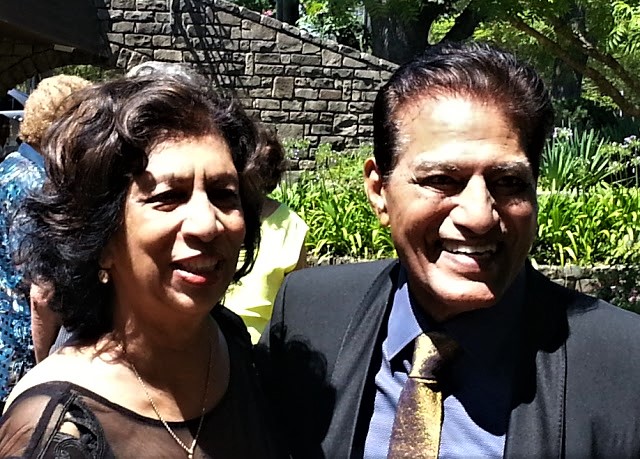 Harold George D’Souza picking up one of the many trophies he has won in his sports career in Mombasa Kenya.

IT IS one of life’s greatest gifts when you meet someone who is a very special human being: genuinely popular with everyone he has met, naturally honest, completely unassuming and humility personified. You would think anyone with the happy baggage of all those accolades might be overloaded with a tendency to trip here or there, but not HAROLD GEORGE D’SOUZA.

He was blessed with great parents. George D’Souza was a great club man and a public speaker in demand at the club, at weddings, christenings and other social events. He was also an avid sportsman and instilled this love of sports in both his sons: Harold George and the late Peter George, who left this earth doing what he loved most in his leisure hours, fishing.

I think his greatest gift has been the God-given ability to look any challenge, any mishap, anything that life has thrown his way, including several challenges of limb and illness dead-straight in the eye and soldier on regardless of whatever might be.

Perhaps his greatest blessing has always been the four women in his life: wife Hazel and daughters Hayley, Gail, Hylette. These joys of life were increased ten-fold and more with sons-in-law David Walker, the late Sean MacKay and Greg Evans and, of course, the greatest delights of all, the grandchildren: Aaron and Shanyce Walker, Lachlan Mackay, Ethan, Blake, Noah and Willow Evans.  Harold is not one to show-off or big-note himself, even when talking about his grandchildren, he does it with quiet elegance, almost understating the praise but it is always written over his beaming face.

Tony and Rebecca D’Souza, the late Tony Coutinho and Lucinda, my late wife Rufina and I have spent many summers as guests of Mal and Margaret Ferris at their mountain lodges at Eaglereach in the wine country not far from Sydney. Once when we had a whisper of wind in our hair, we used to meet on most Saturday nights for dinner, a few jokes, and happy banter and grateful that we were able to do so.

Harold has an infectious smile, a sharp defence of his beliefs and his considered points of view, a hearty laugh and consideration for others above all. He is also a fish curry and rice addict, prawn curry most welcome or any traditional Goan dishes. He is just a jolly good bloke.

Of course, Harold and Hazel were also big supporters of the Goan Overseas Association since its inception in Sydney during the early 1970s. They still are, to a large degree.

But that is not the reason for this humble celebration of a man we all admire. More than anything else, Harold has always been a dedicated sportsman. He grew up in Kisumu and Mombasa and most of the capital cities, the provincial headquarters and where a few Goan got together their lives would be dominated by the Goan Institute whose members had an almost religious dedication to sports, social events, concerts, and this and that. But it was sports that dominated club life both in individual events and team sports. This love of sport was nurtured by success at district and province-wide competition. Perhaps the greatest rivalries were reserved for inter-club sports visits. Club sport was more than just playing the game, there was always all social aspects of growing up, boy meets girl and vice versa.

Goans mainly from Mombasa and Nairobi produced half players at each of the Olympics since 1956.

There was plenty to play for and if you did not make it at representative level there were plenty of rewards at club level.

Harold and some of his siblings were born in Kisumu, the charming pioneering town on the shores of the mighty and legendary Lake Victoria. Like everywhere elsewhere there was a sizeable Goan community, there was the Goan Institute mainly sport, social and cultural events. When he was eight years old, his parent decided to send him to St Paul’s High School in Belgaum, a few hours drive from villages in Goa. He spent a year in Parra, Goa after he fell ill.

Soon after he arrived in Mombasa, he was playing those games little boys play including seven tiles (I wonder how many of you remember this, hop, hop, hop etc game) and of course cricket and hockey. He was soon captain of the Mombasa Goan School cricket and hockey teams. He played centre-forward in hockey and was an opening bat in cricket. He says, he was a shy a little boy. Hard to believe, with those large laughing eyes!

It was long before he had smoothly slipped into the senior club sides in both sports. He picked up the cricket captaincy fairly early in club career and visited the neighbouring coastal towns in Tanzania and, of course, Zanzibar.

This was especially true of Baobao team which was founded by Sana.

Most hockey players also played cricket. Eventually, Harold was poached for the Coast Gymkhana team, where he enjoyed a lot of success.

Even more success came when he swapped his bat for the cricket umpire’s hat. A rare honour came his way when he was asked to umpire the MCC v Coast XI. The English team was led by a young former South African, Tony Greig, who went to lead England and late spent most of his life as a top cricket commentator.

Naturally, Harold was also a gifted athlete, specialising in the 100m and 200m dash and trained and ran against the like of Seraphino Antao, Albert Castanha (one of his greatest friends), Joe Faria and Alcino Rodrigues.

As I said Harold was a sports nut and good at all of them: hockey, cricket, soccer, tennis, badminton, table tennis, and snooker.

Harold was the father of sport in the Goan Overseas Association in Sydney, NSW. He began with organizing sports at the various picnic days the association hosted and eventually raised two teams to play indoor and outdoor cricket, a hockey team and indoor soccer team to take on Melbourne in two reciprocal visits. He also introduced and nurtured a healthy men’s and women’s darts teams as meeting the needs for table tennis fans at the annual-club sports days.

MALCOLM MONTEIRO: When I first arrived to go to University in Sydney in the early 1980s, my parents put me in touch with a few Goan icons from Kenya. One of those was Harold George, who would have known my parents through the various Goan clubs and sports connections from the old days.

Harold had been living in Sydney for some time and was the Sports Secretary and Hockey Captain of the GOA NSW. Harold invited me to play and train with the club on Sundays. He gave me the opportunity to play at centre-half position for several years under his captaincy.


I remember catching the public transport from the University to the northern suburb of Hornsby, where Harold would pick me up and drive me to training. We always enjoyed a beer after training, which was the highlight of my Sunday.


The GOA Sydney/Melbourne matches were incredibly competitive and the blue-ribbon event of the sports visit long weekend. It pit Goan family against Goan family and all the boys played seriously as if it was for ‘sheep stations’.

Harold was a great captain who was humble, calm and exemplified sportsmanship. The team played well together under him. I will always remember Harold, as a great sportsman who put a lot of effort into developing and mentoring young players. He is also a committed family man and I enjoyed spending time with his family during our sports visits.

With the assistance of Tony Fernandes, he organized several full-programmed athletics meetings.

As much as he achieved in encouraging adults to play sports, he was more delighted to see so many youngsters taking up the games of their choice.

In Sydney, Harold was the eternal cricket wicketkeeper and captain and Alban Rattos the two formed a formidable bond. Alban was one of my favourite batsmen and I got to see him just a few times, but he was all class and polish.

He scored his first century playing for the Grace Brothers team.

These days he is happy to enjoy his sport from the armchair and the TV screen. Njoy, you more than most have earned the right to relax after having given so much of your life to sport … and encouraging so many youngsters to take up the sport of their choice. As they read this, I am sure they will be raising a glass or two in celebration of their friend: Harold George. 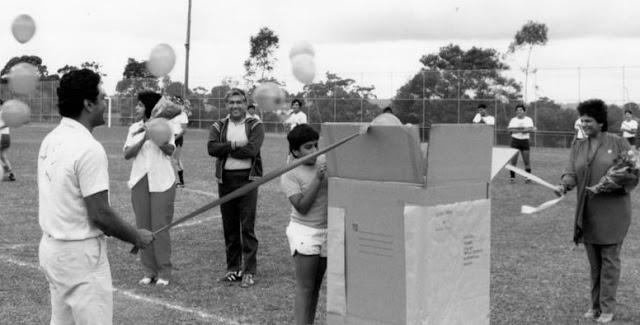 Harold George at the opening ceremony with Ruth D’Costa at one of the Melbourne/Sydney sports visit. 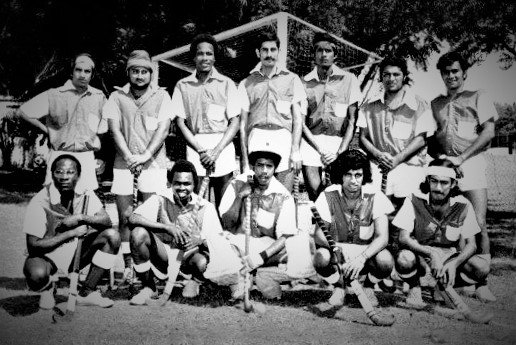 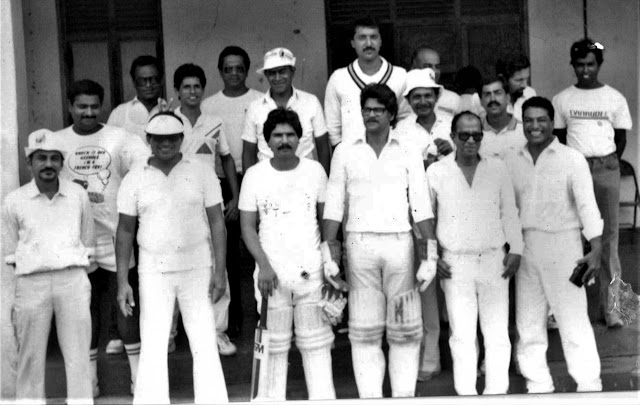 One of the Sydney-Melbourne sports visits 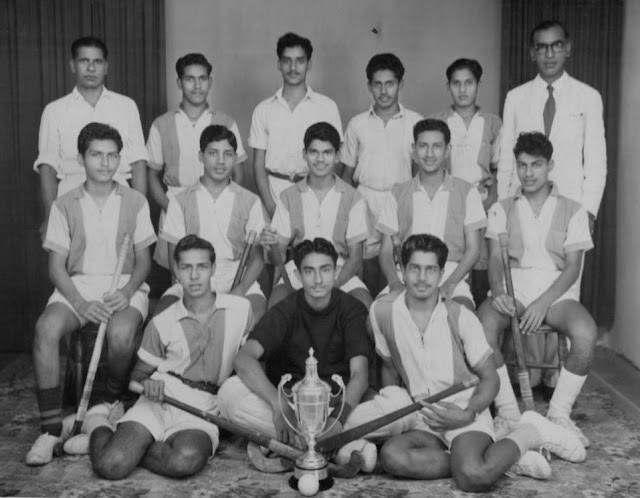 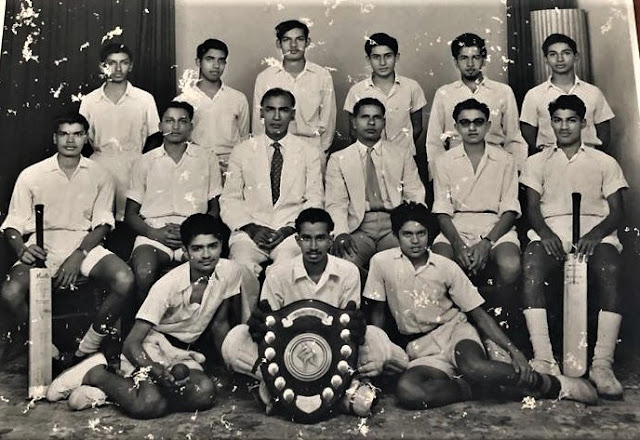 Emiliano Joanes Have camera, will shoot A Masai woman arrives to collect water during a drought and finds the river bed dry   Two Masai ...