Inside stories by the wazee: John Gardner (Nation 14) 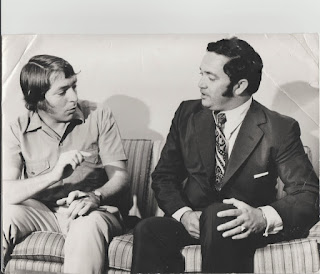 John Gardner
MY stay at the Nation lasted only four years from 1971 to 1975 which is not much from a 77-year life but Kenya occupies a disproportionate share of my affection and memories. This is partly professional as the Kenyan newspaper scene was exciting and entertaining and partly personal with two of our children having been born in Nairobi and with many fond recollections of the people there.
I had already done two two-year contracts in East Africa with the Standard in Dar es Salaam. This came to an end after the paper was taken over by the Government and it seemed clear that under their editor Frene Ginwalla professionalism – as I saw it -- would take a back seat to having the correct political background.
But a brief interregnum in England showed us that we didn’t want to leave Africa behind and after passing scrutiny from Boaz Omori I joined the Nation. I ended up four years later with the grandiloquent title of managing editor of the Sunday Nation.
It was four years of great fun. I won’t perform the old man’s trick of tedious recollection except to say that many incidents linger.  Walking the political tight rope, particularly under George Githii was always challenging but it remained a terrific game to be in. Having more than one newspaper in town enlivened things.  I remember Brian Tetley’s novel twist when he did a precis of all the stories complete with our headlines from our Saturday night edition to go in his Sunday morning paper dressed up as a “What the Papers Say” feature. Plagiarism? What plagiarism? he argued.
It is, of course, the people I remember. The Goan crew and their lovely partners. The foreign correspondents such as Andy Torchia and the irrepressible Marion, Eric Robins and Marion Kaplan John Platter.  Colleagues like Henry Gathigira, one of whose delights in the Sans Chique was to see you getting ready to leave – already far too late – and send over another beer which it would have been ungracious to refuse. The social life was good for me, regular football at Railway Wanderers, the Sans Chique and forays to the Starlight Club.
After two contracts it was time to decide. With three children (our oldest having been born in Tanzania) we needed to look ahead. The ever-growing numbers of thoroughly capable Kenyan journalists meant that, quite properly, it was difficult to see how expatriate hiring could be justified. With people like Joe Kadhi, Peter Mwaura (who I regret to say spent some time in jail under my watch). Hilary N’gweno ploughing his own furrow and many other Brits weren’t needed.
I had another difficulty. The more I learned about Africa the more I realised how truly ignorant of it I was. which meant that I deliberately chose not to exploit my African experience when I left.
So, it was back to England where after a brief unhappy spell in the Civil Service I joined the Guardian for 12 years serving in a range of backbench posts and ending as Deputy News Editor running the home reporters’ room.
Restlessness struck again and we moved to New Zealand where I have been ever since, having done lots of jobs on the NZ Herald ending as Deputy Editor.
Now retired, I look back on the Nation days as some of the happiest of my life and consider myself very lucky to have enjoyed them. I once had a very touching time when I was back in Nairobi doing some work for the Times of London and called in on some old African colleagues, not all journalists. Almost without exception they immediately assumed I had gone back to re-join and welcomed me without resentment as if I was making the most reasonable decision. Good times, indeed. 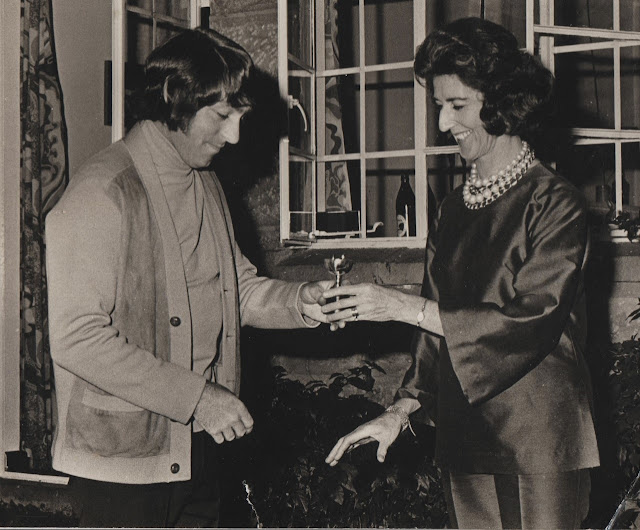 John Gardner receiving his runners-trophy from Mrs Denman after a chap called Fernandes narrowly beat him in the Nation All-Comers Darts tournament, the only time it was held.