Inside stories by the wazee: Hilary Ng'weno (Nation 9) 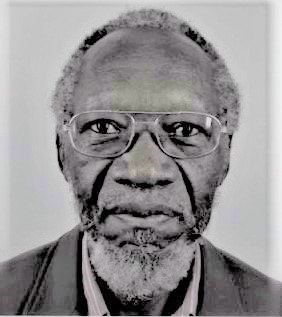 Hilary Ng’weno
Hilary Boniface Ng’weno is a Kenyan historian and retired journalist. The Harvard-educated scientist was born in Nairobi in 1938. After graduating from Harvard with a degree in physics Ng’weno worked as a reporter for the Daily Nation for nine months before his appointment as the newspaper’s first Kenyan Editor-in chief, he established a successful career as a journalist for more than forty years. In 1973, together with journalist Terry Hirst  he founded Joe, a political satire comic magazine that circulated in many parts of Africa until the late seventies when its publication ceased, he is best known as the Editor-in-Chief of the Weekly Review, a weekly  news magazine than ran from 1975 to 1999. He is the founder of the Nairobi Times and the first independent TV news station in Kenya, STV, he is the producer of documentary videos on Kenyan history, including the Making of a Nation and Kenya's Darkest Hour. In 1975, Ng'weno founded The Weekly Review, a journal of political news and analysis followed in 1977 by The Nairobi Times, a Sunday newspaper that became a daily.
In the beginning, The Weekly Review and The Nairobi Times being locally owned enterprises, fared well in a field dominated by the foreign-owned Daily Nation and The Standard but like other local papers, they faced stiff competition from the established papers for little or lack of advertising from the foreign companies in Kenya. Because the advertising community was still controlled by foreigners, it tended to favour the foreign-owned publications. Advertisers were not too keen to deal with publications that were to stir the wrath of the government with inflammatory political reports.
Ng’weno’s publications lasted an impressive length of time, his publications continued to gain popularity, The Weekly Review went on to dominate the weekly news scene for more than 20 years, becoming one of Africa’s best news magazines. Due to diminishing revenue from advertising sales, Ng'weno however, sold The Nairobi Times in 1983 to KANU, Kenya’s ruling party; the paper was renamed The Kenya Times, but its popularity suffered, as it was seen to be the mouthpiece of an oppressive government in a political era likened to dictatorship.
The Kenya Times wound up in July 2010. Ng’weno diversified his media empire, which included other periodicals such as The Financial Review, The Industrial Review and Rainbow, a monthly children’s magazine, his publishing company, Stellascope was acquired by KANU when the latter purchased The Nairobi Times. The Weekly Review folded on May 17, 1999, after 24 years of publication and Ng'weno moved on to television broadcasting launching a television station, STV Kenya. Following the sale of STV in 2000, Ng'weno reinvented himself as a historian, drawing on materials from his journalistic career. Jointly with the Nation Media Group, he produced the Making of Nation. Jointly with NTV, he has produced over 160 individual half-hour profiles of important figures in Kenya's history, a series entitled Makers of Nation.
Hilaryhas been married to Fleur, a native of France, for nearly 50 years. Mrs Ng’weno, a naturalist and former editor, holds a BSc degree in conservation from the University of Michigan.
She has been involved in environmental issues in Kenya for more than forty years, serving as Honorary Secretary to NatureKenya. Their two daughters Amolo Ng'weno and Dr Bettina Ng'weno are distinguished achievers in education and media; the Harvard and Princeton educated Amolo served as deputy director of financial services for the poor at the Bill & Melinda Gates Foundation. In 1994, Amolo together with two other Kenyansfounded Africaonline one of the first internet service providers in Africa; the three Kenyans met while still students in Cambridge. Dr Bettina Ng’weno is an associate professor of African American  and African studies at the University of California, Davis, (Various sources)