Inside stories by the wazee: Gerry Loughran (Nation 4 b) 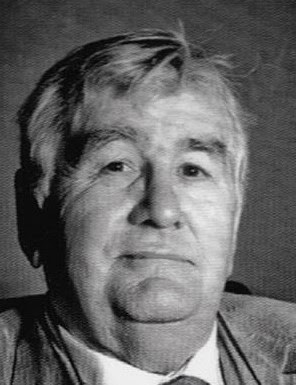 Some early Nation memories, scattered and fractured as they must be after nearly 70 years…

Arriving at Embakasi Airport early one morning in September 1960 after 18 hours aboard a Bristol Britannia airliner, the “Whispering Giant,” from London via Rome and Khartoum.
I was 25 and it was my first flight, indeed the first time I had been out of Britain. With me were Roy Anderson, a colleague from the subs’ desk at the Evening Chronicle in Newcastle upon Tyne, and his new wife, Betty.We were met by a lanky, dark-haired man with a cigarette-holder. This was Ron Jones, author of the Sunday Nation column, Keeping Up with Jones, where he was pictured with the iconic cigarette-holder. Jones’s highly popular column, about real people and the passing scene, made Ron widely recognisable and was arguably a major reason for the success of the new paper, then just six months old.
Craggy-faced and foul-mouthed editor John Bierman told me I would be sharing a flat, no ifs or buts, with Dave Price, the assistant sports editor, a Welshman and a great mimic.
I was unpacking my bags when the doorbell rang. I opened it and an elderly black man walked past me with a brush and began sweeping the parquet floor. I wondered if this was the house servant we had been promised, a certain Thomas, but the old man didn’t respond to my questions. Thankfully, Dave arrived. “Hujambo, Mzee,” he said cheerfully, “asante sana, bwana, mzuri, mzuri tu,” or words to that effect, and pressing some coins into the old fellow’s hand ushered him out of the door.
It wasn’t Thomas, he said, but a jobless domestic worker who thought we might employ him if he got in first. How sad, I thought. Thomas came the next day.
It’s the people you remember, isn’t it, always the people? To Jones, Bierman and Price, add Willie Harris, a feisty Scot poached from the East African Standard to be our first chief reporter. Other local hires included Kenya-born Dick Dawson, son of a settler farmer; Mike Harris, late of the Kenya police; the amiable South African photographer-writer John de Villiers, and Chhotu Karadia, the only non-white on the editorial staff.
There was one Aussie, David Barnett, and another who joined soon after, John Tidey. Most, however, were fresh out of Britain, young men in our twenties, ready for anything: Peter Moss, who took over as editor of the Sunday paper when the Daily Nation debuted, with me as his lone assistant; David Levine, a sports sub from Grimsby; laidback John Fairhall, later to join the Guardian, and sports editor Tom Clarke, who eventually occupied that same position with The Times of London. Beyond Kenya, editorial staffers included Tony Dunn running an office in Dar es Salaam, and Manning Blackwood, ditto in Kampala.

At the top of the tree was Michael Curtis, with Frank Pattrick as managing director and an ex-Royal Marine, Stan Denman, running the printing side. In an office of his own was Charles Hayes, a retired colonial officer who started the Kiswahili-language weekly, Taifa, which the Aga Khan bought as the foundation of what to become the Nation Media Group. Hayes’ business partner Althea Tebbutt also joined the Nation as advertising manager.

Wherever there’s a newspaper office, there’s bound to be a pub. In the Nation’s case, it was the Sans Chique, a bar and restaurant true to its name, just a beer bottle’s throw from the newspaper’s back door. Owned and run by an Italian, Fred Forno, a one-time steward on the White Star cruise line, and his formidable cockney wife, Helen, this was where the Nation’s regulars could be found.
The food was good, opening hours elastic and, most importantly, signing privileges were extended to the chosen few.
If it was not the Sans Chique, the favoured watering-place was the Press Club, on the ground floor of the Queen’s Hotel, where Nation and Standard staffers gathered without animosity, chatted, played liar dice and ate piles of grilled sausages with English mustard. Later, the Press Club moved to more salubrious quarters, the roof of the new Ambassadeurs Hotel.
There was also the beer garden at the Grosvenor Hotel, where the Nation parked its new arrivals until they found accommodation. Plus, of course, the Thorn Tree at the New Stanley Hotel, but that was for everyone, particularly tourists.
It was a tough beginning for the Daily Nation. The Sunday, with only the feeble settler-oriented Sunday Post as opposition, got off to a super-charged start on March 20, 1960. From an initial print order of 20,000 copies, circulation reached 35,000 in less than six months. By contrast, the daily sold only 13,000 copies of the launch issue on October 3 of the same year, partly because it came out on a Monday, thus carrying Sunday’s news and there is never much of that, wherever you are. Ranged against the widely distributed, long-established Standard, it took the daily more than five years to cross the 20,000-barrier.
An iconic figure and my boss for a few short years were Jack Beverley, who succeeded Peter Moss at the helm of the Sunday Nation and ran the paper with extraordinary vigour and a stream of new ideas. Jack had been assistant editor at the News Chronicle in London under Michael Curtis’s editorship. An ebullient Scot, he was always on the look-out for “specials,” reasons to produce one-offss to catch passing fancies and enhance Nation finances. One such was Forces Nation, a regular four-page pull-out, if memory serves me rightly, aimed at the substantial presence of British troops stationed in Kenya pre-independence.
The Ryvita story is perhaps the best-known about Beverley – when he used a close-up of that crispy comestible as a stand-in for the surface of the moon -- but what stands out for me was the Issue of November 24, 1963, on the assassination of President John F. Kennedy. The story broke late on Friday, November 22 and Beverley went into over-drive.
Emergency staff were called in, printing and circulation targets raised, then raised again, library staff set to digging in the files for anything and everything on the Kennedy clan, special features were commissioned, an editorial carefully crafted and the main story changed and updated from edition to edition as events streamed in from Dallas – the President was shot, rushed to hospital and finally declared dead. Those 24 hours were probably the saddest, certainly the most extraordinary of my career. Kenya’s independence came only 20 days later on December 12, but it followed a carefully prepared script and anyway since it happened on a weekday, it was a Daily Nation story.
And so farewell…  I completed two two-year tours with Nation Newspapers and in September 1964, I knew it was time to move on. Many of the original staffers had already left and company policy, drive, naturally and correctly, was to replace the Europeans in all departments, including editorial, with Kenyan Africans. I had loved my time in Nairobi, I believe I had extended my skills in a way I would not have done back home, and I had a feeling that somehow, sometime, I would be back. How true!

There was a farewell lunch at the Sans Chique where the Tuskers flowed, and everyone said nice things about me. Nicest of all was a remark by a little guy, a messenger, called Hassanali. He whispered to me, “Mr Gerry, you are a good man – better even than President Kennedy.” Of which there could be no higher praise.


Gerry has written the definitive history of the paper in Birth of a Nation -The Story of a newspaper in Kenya. Now available from Bloomsbury.com
- January 08, 2020