A Goan's days of sunshine and sorrow 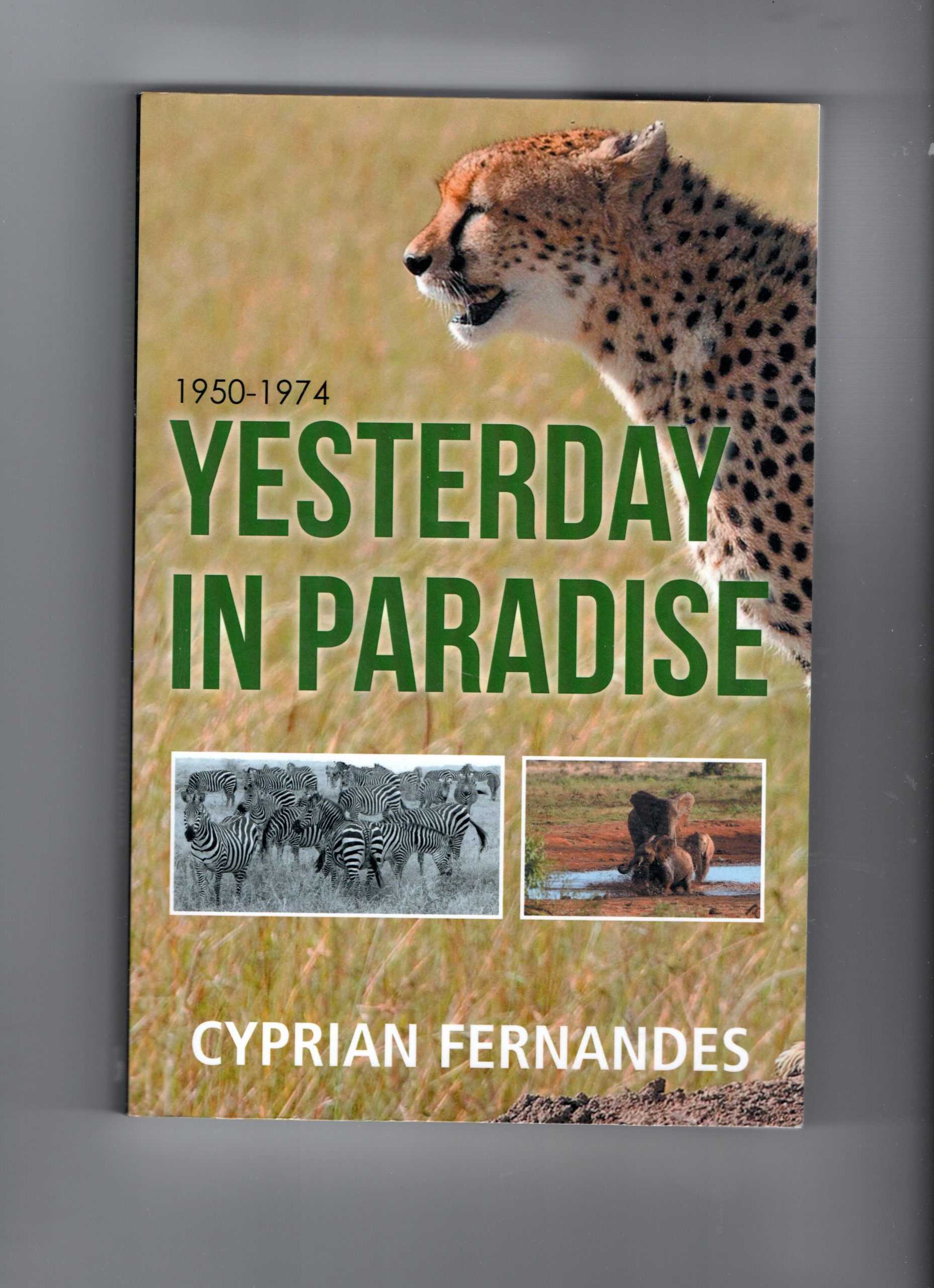 “History,” says a character in Louis de Bernieres’s novel Captain Corellis’s Mandolin,”ought to consist only of the anecdotes of the little people who are caught up in it.”
Yesterday in Paradise by Cyprian Fernandes is an anecdote-driven non-fiction book that paints a moving picture of the rise of an impoverished Goan teenager from the backstreets of the Asian quarter of Nairobi to a position of  importance in the Kenyan media between the mid-1960s, through to the mid-1970s.
As such, it is an important contribution to our understanding of the problems facing ethnic and religious communities in post-colonial countries.
There are other books that tell you more about the Goans and their history. But for a full taste of what it was like to be a member of the minority Goan “tribe” in that rich and often staggeringly lovely country between the end of the Second World War and the mid-1970s when Cyprian, his wife and children were forced to flee, all of them in danger of losing their lives, this is a book that deserves our attention. Sometimes our tears, too.
Despite unspeakable poverty as a child, Cyprian and the young Asians he grew up with were members of a privileged community in British-ruled Kenya before its Independence in December 1963. 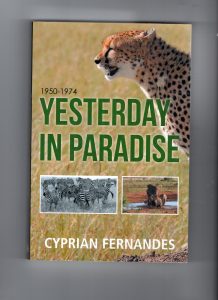 Caught in an ethnic and religious divide, Goans were the Europeans’ favourite non-whites. Most of them had abandoned their own language, Konkani They spoke English with a Portuguese accent (Sir Richard Burton called them the black Portuguese) and were – most of them – Christians (Roman Catholics).
Goans were to the British in Kenya, what the “Coloureds” (people of mixed ethnic groups) were to Afrikaners in South Africa before 1994.
In short, Yesterday in Paradise is the story of a man who escaped an impoverished childhood by bursting through the glass ceiling that the British called separate development and their enemies labelled as British apartheid, to become one of Kenya’s best known and most widely respected reporters and feature writers.
Both a personal triumph and eventually a political tragedy.
A triumph because of Fernandes’s relatively short time as a Goan success story in Kenya.
A  tragedy, because he was forced out of the land of his birth after breaking the “Goan as a non-political activist” rule by questioning various scandalous land ownership deals involving President Kenyatta and his greedy, shopaholic wife Mama Ngina.
In 1974, Cyprian’s young and beautiful wife Rufina was advised to get out of Kenya with her children as fast as the wings of a British plane could carry them to London. Friends in high places told her that the ruling party’s hit men  had a bullet with her husband’s name on it.
They fled.
For students of ethnic/religious rights in Africa, this is a book of importance and one that should earn a place on the shelves of schools, colleges and universities throughout the Commonwealth.
Cyprian Fernandes was born in the all-Asian suburb of Eastleigh outside the “European” capital city, Nairobi, in September 1943.
Abandoned by an alcoholic father, the family somehow survived under the wings of a mother who Cyprian remembers with huge affection. “Uneducated, untrained, her only tools were her feet and hands, her eyes and, above everything else, her faith in God and an unshakeable belief that nothing was impossible.”
Mama Fernandes was unable to read or write but was fearfully ambitious for her children.
Despite the family’s poverty, they were proud of their Christian and Portuguese heritage. Goa had been one of the many jewels in the Portuguese Crown from 1510 to when it was taken-over by India in1961.
Goans played a significant role in the administration of British-ruled Kenya, Uganda and German East Africa (Tanganyika). The colonial administrations in those countries might have collapsed but for the skill and management of the Goan clerks and accountants who held  it together until 1968 when they were given the stark choice of staying and becoming Kenyan citizens or leaving and returning to the womb of Portugal or some other part of the planet that would have them.
Most of them left.
In his early twenties, Cyprian landed a job at the Aga Khan’s stable of newspapers in Nairobi – the Daily Nation and the Sunday Nation where he fell under the influence of one of Kenya’s most able journalists, the Goan editor of the Daily Nation, Joe Rodrigues.
He excelled as a sports writer.
With the encouragement of several English expatriate journalists, he went on to became one of Kenya’s leading political commentators, travelling the world with President Jomo Kenyatta and his ministers, one of them the Goan Vice President Joseph Murumbi Zurate (half Goan/half Maasai).
He covered the Munich Games massacre in 1972: he interviewed the Ugandan dictator Idi Amin at a time when that unruly despot was slaughtering upwards of 250,000 black Ugandans and drop-kicking the entire Asian community into other parts of the world, mainly to the United Kingdom.
Fernandes belonged to neither of Kenya’s two main ethnic groups – the Kikuyu or the Luo.  For that reason, he was seen and used as a “no threat” Goan by the men and women who ruled Kenya at that time.
”I travelled the world and our visits to the world’s capitals usually ended with R and R at the nearest sauna with Aquavit, champagne and caviar,” he writes.
Cyprian enjoyed the confidence of the elite until he started probing the wealth of the Kenyatta family.
From being the “darling Goan” of the elite, he became the “Goan mongrel,” to be whipped awhile in public and, if necessary, put down.
Cyprians terrified wife, the young and beautiful Rufina, returned to their Nairobi home one day in 1974 and told him that if he wasn’t prepared to up and leave then she would, taking the children with her.
She told him that people with friends in high places had told her that Cyprian’s murder was being arranged and that the police had a bullet with his name on it.
Only a born again fool would have ignored the threat.
So many critics of Kenyatta had been killed by unknown, unpunished gunmen: the Luo leader Tom Mboya and the Goan socialist revolutionary Pio Gama Pinto in 1965, to name but two of them.
The threat of that “silver bullet” with the Cyprian’s name on it forced the family to flee Kenya, first to England, then to Australia.
Yesterday in Paradise could not have been an easy book to write. It has been a long time coming and the author ends saying-” I have woken up each morning and my prayer has been: thank you, God. It is great to be alive, in Australia.”

The book is available on Amazon or Frederick Noronha may have a few copies in Goa!s
- December 28, 2019