Spy Princess is based on Noor Inayat Khan, killed in France while working as a British spy in second world war

Noor Inayat Khan, the daughter of a Sufi mystic, was captured by the Gestapo and executed in Dachau in 1944. Photograph: Commonwealth War Graves Commission (CWGC)/PA
Dalya Alberge
2,396

The story of the daughter of an Indian Sufi mystic, who was killed while a British secret agent fighting with the French resistance in the second world war, is to be told in a TV drama series.

Noor Inayat Khan, who was captured by the Gestapo and executed in Dachau concentration camp, will be portrayed by Freida Pinto, star of the Oscar-winning film Slumdog Millionaire.

The series, Spy Princess, is described as an emotional thriller. It will be directed by Anand Tucker and produced by Andy Paterson, known for the films Girl with a Pearl Earring and Hilary and Jackie. The project is also being produced by Claire Ingham, founder of Red Room Films, who initiated the project.

Khan became the first female radio operator to be sent to Nazi-occupied France. Sending vital messages back to London from behind enemy lines, she significantly aided the success of the allied landing on D-day.

Codenamed Madeleine, she became a significant target for the Gestapo and was aged 29 when captured in 1943. She was tortured before being shot in the head the following year, having revealed nothing to her captors.

Pinto, who is also executive producer of the series, described Khan as “a fierce and amazing woman, the most unlikely heroine of the second world war”.

She said that as a wireless operator in occupied France Khan had a life expectancy of just six weeks. “Sending women to the frontline is controversial even now … Sending a Sufi mystic, who won’t use a gun, daughter of a long-haired Indian guru who preaches love and peace – ridiculous! But Noor thrives, not in spite of her differences, but because of them. Her struggle to reconcile her values with the desire to find her own path and with her complex sense of duty is something I am so excited to explore.”

Paterson said: “It’s fabulous, in terms of diversity, to find proper, wonderful stories that take you there without contrivance. She was an amazing character. I can’t believe her story’s never been told by film-makers.”

The series, written by Olivia Hetreed, is based on Spy Princess: The Life of Noor Inayat Khan by Shrabani Basu, who is also consultant to the series.

Hetreed said: “At a time when conflicts about race, identity and patriotism have a new and frightening energy, Noor’s character and her nail-biting story of hair’s-breadth escapes and life and death choices offer us the picture of a heroine who defies every prejudice and stereotype.”

Pinto added: “Noor has a quiet strength that she’s not entirely aware of. Alone in Paris, she lives and loves more intensely in a few months than most of us do in a lifetime, helping establish the ‘secret armies’ of the resistance who will rise up on D-day, astonishing the men who said she should never have been sent to the frontline.”

Tucker said: “Olivia has created a spy thriller, a love story and a search for identity, the true story of a remarkable and complex woman doing the most dangerous job imaginable. Our series challenges ideas of heroism and the portrayal of Asian women on screen – often victims, sometimes terrorists – never the hero.”

Last year, the Guardian reported that the biographer Arthur Magida had acquired an account by Pierre Viénot, Khan’s fellow resistance fighter, written as a private memoir for his family. It revealed that, in autumn 1943, with the Gestapo closing in on Khan, they sought to disguise her appearance by taking her to a hair salon and getting her a whole new wardrobe.

The problem was that everything she picked was blue, just as before, and the Gestapo knew it was her favourite. “That was a key factor that helped give her away,” Magida said.

He published his research in his book, Code Name Madeleine: A Sufi Spy in Nazi-Occupied Paris, which was nominated for a Pulitzer in the biography category.

Hearing of the new series, Magida said: “Noor’s story is extraordinary. She’s not an historical artefact, frozen in time. She’s immensely relevant to our time, just as she was to hers.”

The makers of the series are in discussions with broadcasters.

Tribute to an Indian princess who died for our freedom: Sculpture unveiled of spy tortured and executed by Nazis after refusing to betray Britain
·         Noor Inayat Khan was one of Churchill's elite band of women spies
·         Spy was the first radio operator to aid the French Resistence
·         Despite being tortured and interrogated by Gestapo she never gave up her loyalty to Britain
·         Shot by firing squad in 1944, Noor's last word was 'Liberte' 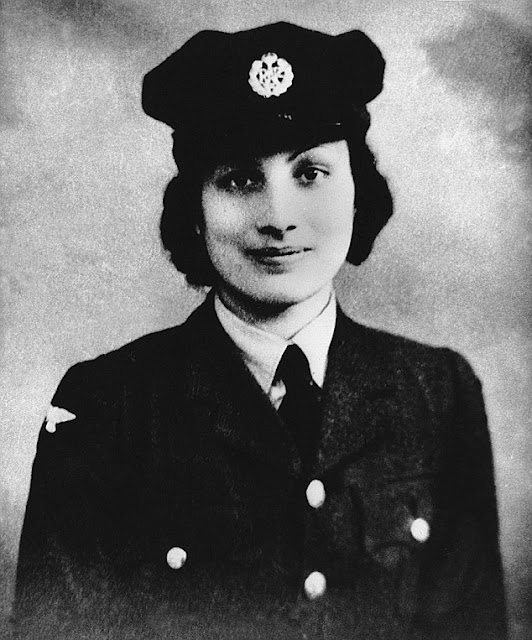 By David Wilkes
A beautiful Indian princess, she  sacrificed her life for Britain as a  wartime secret agent.
With astonishing courage, Noor Inayat Khan evaded the Gestapo before being betrayed, tortured and,
after refusing to reveal any information, executed at Dachau concentration camp.
Her last word as the firing squad raised their weapons on September 13, 1944, was 'liberté'.
Noor Inayat Khan wartime heroine who had a statue to her unveiled by the Princess Royal in London today
Yesterday, seven decades after her death aged 30, a statue to the forgotten heroine was
unveiled in London by the Princess Royal.
The bronze bust commemorating Britain’s only female Muslim war heroine is the first
stand-alone memorial to an Asian woman in the UK.
It stands in Gordon Square near the house where Noor lived and from where she left
on her last mission, unable to tell her mother she might never return.
Princess Anne said  stories such as Noor’s are ‘remarkable in their own right’ but have a
real connection to make with the modern age through their ‘multi-cultural aspect’.
She hoped the statue will 'remind people to ask: Who was she? Why is she here?
And what can we achieve in her memory?' 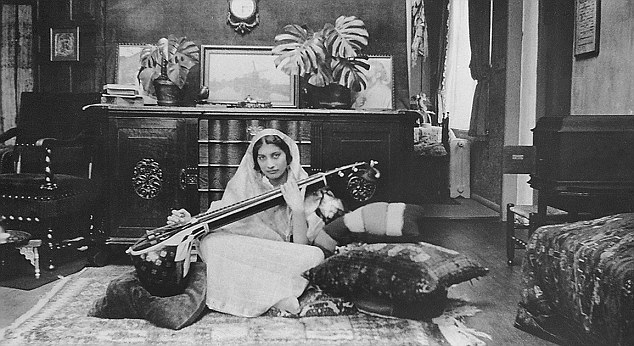 Noor had a degree in child psychology played the sitar, and wrote short stories for children 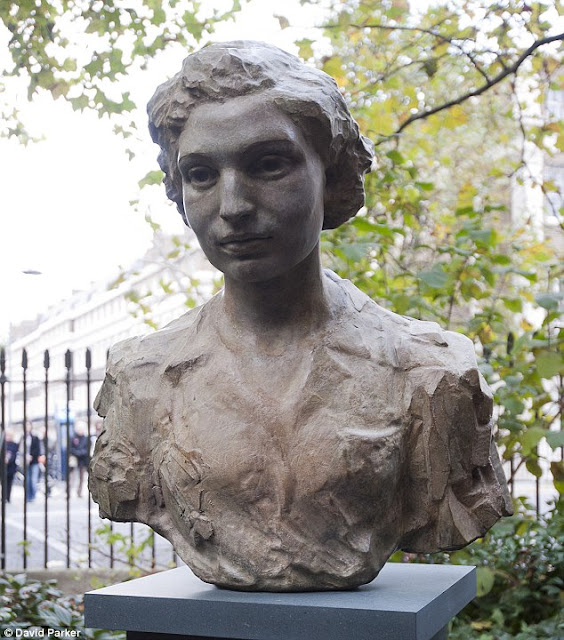 The statue of Noor Inayat Khan was made by London artist Karen Newman
Noor was part of an elite band of women in the Special Operations Executive (SOE) and the first woman
radio operator to be flown into occupied France to aid the Resistance.
Born in Moscow to an Indian father and an American mother, Noor was a descendant of Tipu Sultan,
the 18th century ruler of Mysore. The family lived in London, moving to Paris when Noor was six.
She studied the harp, gained a degree in child psychology and wrote children’s stories.
When Paris fell to the Nazis in 1940, she returned to London and volunteered for the Women’s Auxiliary Air Force.
Recruited by the SOE in 1942, she was sent to Paris in June 1943 with the codename Madeleine.
Many members of the network were soon arrested, but Noor chose to remain in France, trying to send messages back to London while avoiding capture 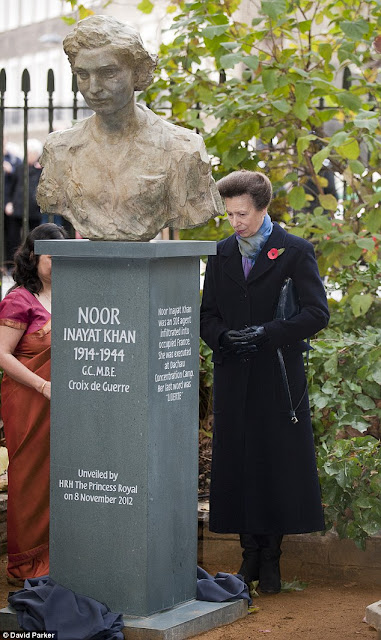 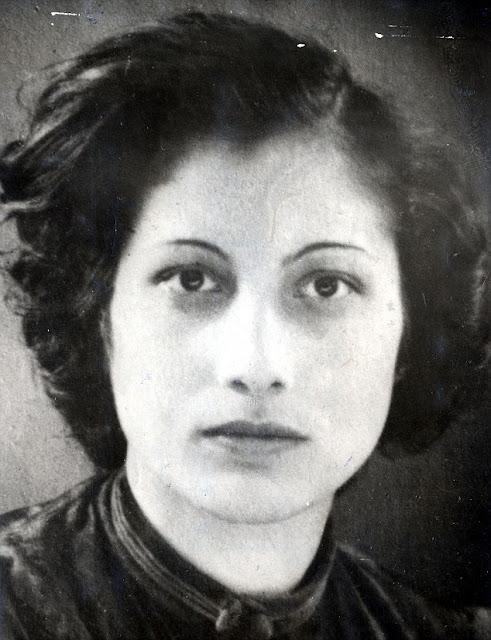 Herione: Noor was executed in Dachau for refusing to give up state secrets
That October she was betrayed by a Frenchwoman and arrested by the Gestapo. She was kept in chains and in
solitary confinement. Her captors kicked and interrogated her but she revealed nothing.
When posthumously awarded the George Cross, Britain’s highest civilian decoration, for her gallantry in 1949, the citation read:
'She refused to abandon what had become the principal and most dangerous post in France, although given the opportunity
to return to England, because she did not wish to leave her French comrades without communications.'
Noor was one of only three women in the SOE to be awarded the medal. The other two – Violette Szabo and Odette Hallowes –
have been more widely known and celebrated until now.
Campaigners spent years raising £60,000 for Noor’s statue, by London-based artist Karen Newman, from public donations and
enlisted the support of politicians including David Cameron, who said it was ‘impossible not to be moved’ by her bravery.
Shrabani Basu who wrote a biography of Noor in 2006 called 'Spy Princess' and spearheaded the campaign to get her formally
recognised, said: 'I realised how much Noor's story had touched ordinary people, especially the young.
'I felt it was all the more important to remember Noor's message, her ideals and her courage in the troubled times we live in.'
Noor's brother Hidayat Inayat Khan, 95, was unable to travel from his home in The Hague, Netherlands, to attend the
ceremony due to old age but said in a message read by his grandson Omar: 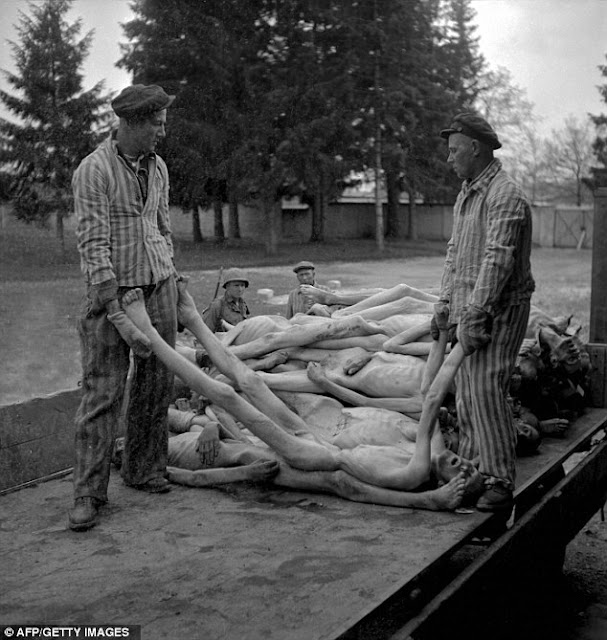 Nazi concentration camp Dachau, where Noor was shot after being tortured and imprisoned by the Gestapo
'May the inhuman suffering of all those - who like my dear sister perished under the
brutal cruelty of the oppressor - not be in vain.'
Her cousin Mahmood Khan Youskine, 84, who spent holidays with her in France as a child, did make it and said:
'I remember her as a very refined girl who believed in freedom as a spiritual condition.
'Later I think she decided freedom had to be a political and social experience too.
'Sometimes it can take time to gain clarity on the past, but I appreciate it enormously that she is now being given recognition in the heart of London.'
Veterans of both the SOE and WAAF including Irene Warner, 91, who trained with Noor, were among the 300 throng.
She remembered her as 'quiet and shy but very nice' and said she 'certainly deserves recognition'.
General Sir David Richards, the Chief of Defence Staff, said in a message in the programme:
'We owe our freedom to women like Noor Inayat Khan.'
After the unveiling, a bugler played the Last Post before a minute's silence was observed. Noor was also
posthumously awarded France's Croix se Guerre after the war. A film of her life is planned for release next year on the centenary of her birth.


A friend of mine sent the above. I do not know the author or the copyright holder. However, I hope they will accept my apology for we both share the same heroine in Inayat.