Europe was delicious as always and I enjoyed most everything to the hilt, especially London and some very special and dear friends ... and Oh, the curries I had missed for 28 days, my stomach kept saying Nix Nox Nax to a lot of the bland European cuisines, although I did have one unforgettable meal: in Amsterdam at the hotel Hamptons where I was staying at: My fellow travellers had headed for the nightlife but I chose to stay in because I had spied a salmon dish on the menu. I enjoyed it with a friend and it turned out to be the greatest salmon dish I had ever tasted. It was cooked so lightly to perfect, with virtually no viral spices, just a dribble of something other around the plate. Heaven.

There were many delightful mini walking tours, an hour or two, or marathons of up to five or six hours, lots of breaks between points of interest. It was hard going for me but I paced my self got pissed on plain bottled water, OK, tiredness sometimes felt like I had been knocked over by several single malts ... after I had caught my breath I was ready to take on the world in small doses again.

However, there was one such walk that really a disappointment: Prague castle ... we walked for hours on a hilly setting without being able to get into any of the buildings of interest ... if I had been told that earlier by my tour leader I would not have bothered.

I had been to Rome before and to this day I revel in the sheer majesty of the Catholic and Roman magnificence that makes Rome and Vatican what they are today: the two great historical, architectural, grandest places on earth. I went walkabout in Rome without my camera and instead paid my own personal tribute to the ancients with the beads. A friend took an identical shot at the
Colosseum. Instead, I headed for the missing link in my bucket list: Pompeii. While I bowed my head to thousands who died in the volcanic explosion that buried a city, on this particular day we were not able to see everything, I think lack of time was an issue, after all, it was a day trip from Rome. But one cannot but feel a lump choking you in your throat or you are often driven to prayer.

Paris never seems to change a bit  ... wait a minute, there is one sad change: many, many people, refugees, asylum seekers, habituals, the poor and homeless, are more and more visible in the streets of the great city. Sad, sad, saddest. Somehow, the magnificence of the place seems to overpower everything else. We went to Notre Dame (destroyed partially by fire not so long ago) which has been cordoned off for repairs and the safety of all. Again, one becomes a little emotional by the damaged and uplifted by the promise of repairs and the return to it grandeur.

Barcelona has its own uniqueness for it to be respected as one of the great cities of our time ... maybe not the grandeur of Rome and the Vatican, or the outstanding attractions of Paris ... but it is a city not to be missed, especially in 2026 ...when Barcelona's and Spain greatest architectural achievement will achieve completion: The mighty Sagrada Familia Basilica was born in 1846 and its construction will finally be completed in 2026... I would love to see that but that is I one date I may not be able to make. It will be truly magnificent ... it is already magnificent ... God only knows just how much more magnificent it is going to be in 2026. 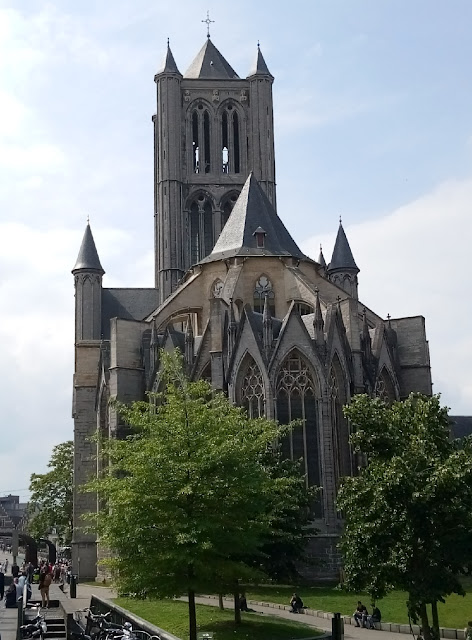 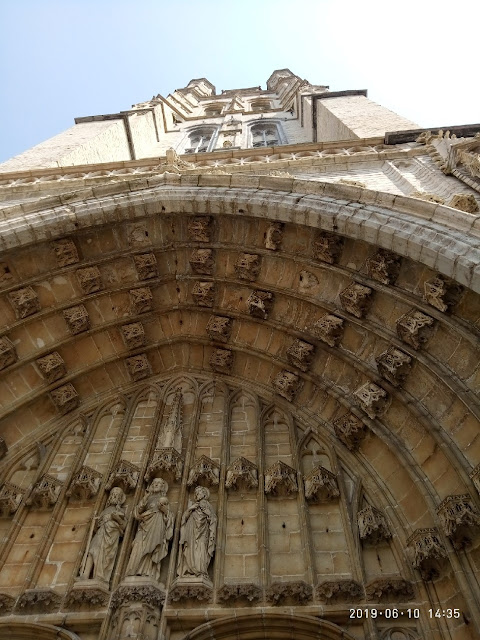 While I was transfixed on the Sagrada, I also saw a lot more of Barcelona during the three days I was there but I did give the Flamenco a miss, see too many of them. A lot of traffic but somehow, like Paris, it keeps moving on. God help them if there is a major accident, hope it never happens. Went to Barcelona FC but did not take the tour ... not that big a fan of the club. Another fellow traveller paid up the 30 Euros or so and was delighted with everything.

In between the big places, there were some smaller ones which had their own charms: Bratislava, Ljubljana, Liechtenstein, Bavaria and Luxembourg are a delightful break from their larger cousins.

Berlin is always delightful but even more so if like me you are interested in the last days of Hitler and the Third Reich. Munich, the city of beer and beer, will always charm you while feeding you lots of sausages and more sausages and pork.

Always a great time in Vienna home of the waltz and lots of almost forgotten history. Venice is for romance and the romantics, it will charm you anyway.

Oh I loved Dresden which had been virtually crumbled to the ground during WWII. They managed to salvage some of the old building materials and have saved some historical buildings and the place is looking good and busy.

Oh, I did not go to the Jungfrau, the roof of Europe, because I was there last time but did go to Geneva.

Well as I said that was that. Oh London was delicious because of the people I met and the food I ate. A very special thanks to all of you, especially my hosts in Bexley Kent. Wonderful memories.