The truth about Pio Gama Pinto and Jomo Kenyatta

How Fitz tried desperately to save
his mentor Pio Gama Pinto

The views and opinions expressed in this book are the author’s own and the facts as remembered by him. 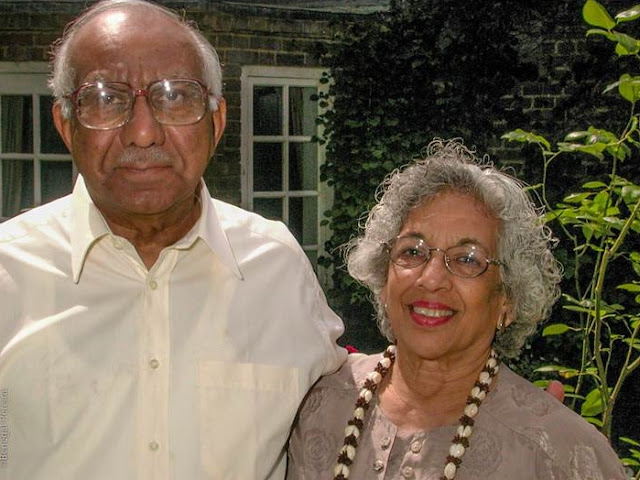 Fitz pictured in London with Pio’s widow Emma Gama Pinto when both were in pretty good
health and long before the onset of Parkinson’s disease for Pio. Both have been ailing since. Photograph by ex-Kenyan Benegal Pereira, the son of freedom fighter Eddie Pereira. 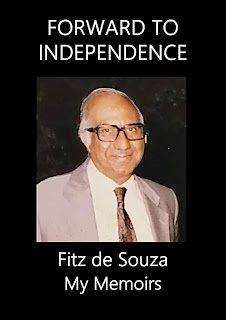 The long, long-awaited memoirs of Fitz de Souza are finally out and the book is quite brilliant. The former Deputy Speaker of the Kenya Parliament, lawyer, politician, a rather quiet man in the sometimes loud circus of politics, he was Jomo Kenyatta’s right-hand man … from the first days of the negotiations for freedom with the British Government and until the night of December 12, 1963, Kenya’s independence and for the rest of Kenyatta’s life. The President of Kenya paid great heed on the legal, political, social and societal deliberation provided by Fitz de Souza. Not only Kenyatta, but politicians of every ilk sought out the wisdom of Fitz. Goans in Kenya did not celebrate this man because they did not know him. Like his mentor Pio Gama Pinto, Fitz worked better behind the scenes but he was not afraid to speak his mind at international conferences or at local political rallies.

Thanks to his memoirs, we can now reveal exactly what happened on that fateful day in February, 1965 when Pio Gama Pinto clashed (some folks said “exchanging personal abuse”) in the corridors of Parliament House, Nairobi. Fitz writes: “It was on an afternoon in February, as I was taking a break for tea outside the Parliament building, that I heard someone calling my name. ‘Mr de Souza, come quickly please!’ Turning around I saw that a few tables away an altercation had broken out between Pio and Kenyatta. Both men were gesticulating and swearing, and as their voices rose, everyone on the veranda could hear. Tom was standing nearby, now joined by several onlookers. Pio, his face contorted with anger was shouting, ‘I’ll fix you!’ Kenyatta, equally incensed, was shouting back at him.

I knew immediately what they were arguing about: the English farms, which Pio claimed Kenyatta was grabbing. Running up behind Pio, I put both my arms around him, trying to restrain him and calm him down. When Kenyatta had gone we sat down. I warned him not to shout at Kenyatta again, as Kikuyus rarely forgive someone who becomes their enemy.

‘In the eyes of most Africans,’ I said, ‘you are just a Muhindi, you are perfectly dispensable, but he is not.’ I reminded him how at almost every meeting Kenyatta would ask the same rhetorical question: if a man plants a tree, who has the right to claim the fruit of that tree when it has grown? Ask any African, I told him, and they will say that Kenyatta has been very little compensated for the sacrifices and hardship he has endured in the struggle for independence. ‘If it comes to the push,’ I said, ‘there’ll be two shots fired at you and no one will remember you in a year’s time.’ Pio shook his head, ‘No, no, there would be a bloodbath.’ I said, ‘Pio, you are overestimating your position; maybe if you were a Kikuyu or a Luo, then yes, there would be a backlash, but you’ve nobody to support you; like me, you’ve no support in the Indian community and none outside it.’

Alhambra, food for the soul!

Alhambra Amongst the world’s greatest treasures, the Alhambra sits in serene silence on a hill in Granada Spain. I have been in love with ...