Death Notice: Steve Fernandes
December 22nd 2018: With a deep sense of the greatest loss, we announce the passing of Steve Fernandes in London (ex-Nairobi). Loving husband of Marjorie, son of the late AP and Maria Fernandes. Father to Melvyn, Jennifer (Paul) and Clifford (Meera). Grandad to Dylan, Nikita, Aaron and Leah. Brother to Thomas (Lydia), Sylvester – Silu – (late Ivy), Raul (Christine), late Leslie (Linda)... lot of cousins, nephews and nieces all around the world. Steve found peace after a courageous four-month battle in hospital. Funeral details will be announced as soon as arrangements are completed.
Condolences to
stevesfamily@outlook.com  stevesfamily@outlook.com 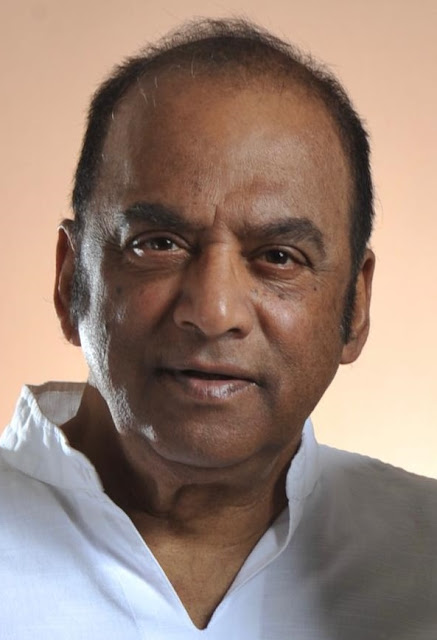 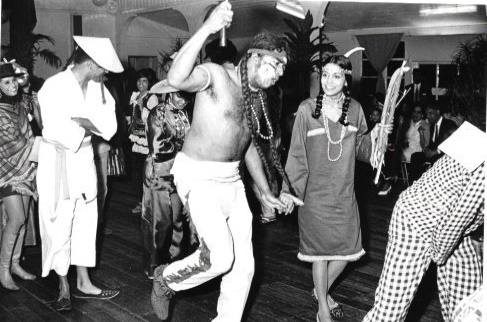 In a way, this photo taken at the Railway Goan Institute Nairobi at a fancy dress gig epitomises Steve (aka Chief Crazy Horse) and Marjorie (his squaw).

It is an understatement to say that my friend Steve, who passed away a couple of days ago in London, loved life … he did, he did … he loved a joke (around the world are sprinkled many victims of his light-hearted pranks), he loved baking his favourite marble cakes, he loved Ladbrokes (the UK betting shops), he loved the chicken at Nando’s (even when he was critically ill in hospital the first thing he asked for was, yes, Nando’s chicken), he loved sports (in the old days when they played the  true version which required skill and cunning … hockey. In fact, I think I made him one of the revolving captains of the Hornets team in Nairobi. He loved card games … who will forget the marathons Gilbert Fernandes, the late Tony “Fats” Pereira and the Indian teaching mafia used to hold during Easter time or other long holidays, especially at the magnificent farmhouse which was on the property managed by that fine, fine man, Angelo Costa Bir. Of course, with the cards were an ample supply of alcohol and a variety of curries or barbecued game meat which had been shot by Angelo earlier in the week.

He loved to teach and in Nairobi, as headmaster, he took a middle of the road school and turned it into one of the most popular, best-performing schools in the country. He was an incisive and innovative educator who was always abreast of all new ideas happening overseas. He adopted these to Kenyan conditions, much to the delight of students and parents alike … something that is often difficult to achieve universally. When they moved to the UK, he was even more invigorated and really enjoyed it all. 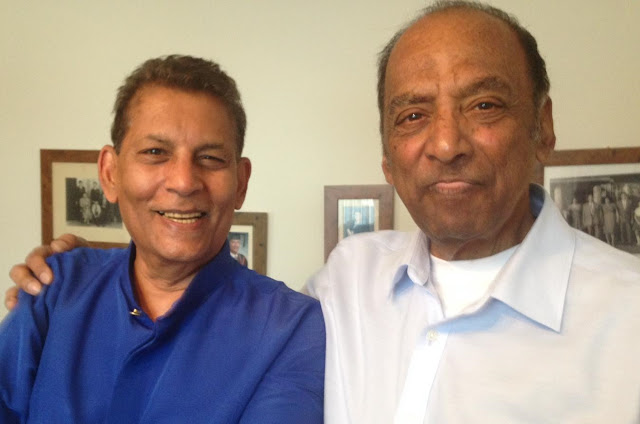 Steve honed his teaching skills at the Nairobi Teacher Training College in Ngara, Nairobi. Most Goan boys went to this college to graduate as primary school teachers.

He was, of course, a living patron saint … no, no, no … a high priest of a bunch of guys, most of them teachers who went by the panhandle of The Jokers. Just a bunch of singles who loved fun, music, song, dance, the movies, hockey, the clubs, Tropicana restaurant in Nairobi on Saturday morning, picnics, visits to the Kenyan coastal town of Malindi for all-night rave parties, camping trips actually… they included Gilbert Fernandes (Toronto), the late Tony “Fats” Pereira, Tony Reg D’Souza (Sydney), Rudolph Fernandes (Toronto), the late Tony “Coco” Cardozo, Pio Almeida (Brazil), Yours Truly, Ben and Julie, Albert D’Souza and lots of other guys. Even though I am biased on this score … their dimly-lit parties were the events you did not want to miss because they were usually the talk of the town the next Monday.
Growing up with these guys (actually, for the life of me, I cannot remember how I came to join these guys) was really quite blissful. It was an era when if you did not have any money, it really did not matter because one of your good mates would look after you. My best friends for life were Steve and Gilbert Fernandes.
The past few years, the three of us spoke to each other regularly … I visited the UK and Canada a couple of times. WhatsApp and the pretty good telephone deals meant that I connect with them quite regularly. In fact, I was speaking to him the day he was involved in a motor car accident. He sounded a bit down and seemed to lack in energy but he kept his chin up and said everything was all right … three days later I called him again … this time he told me “Skip, when I spoke to you the other day, I was involved in a car accident. I am OK but the airbag burst and it had wound me.” A few days later, he was in hospital. He called me from his sick bed and we chatted, and joked, quite confident that he would be home soon. Many weeks passed, many operations passed, he wanted to speak to me but the time clocks were not aligned. We never spoke again, he never recovered.
Steve and I were dating our respective girl-friends at around the same time. Both Marjorie and Rufina used to come and visit Steve when he was pretty badly off after a motor car accident. I was staying with him at the time. Marjorie nursed him through his nightmare. From that moment on their love was forever. He used to enjoy showing off his “beauty queen” bride. 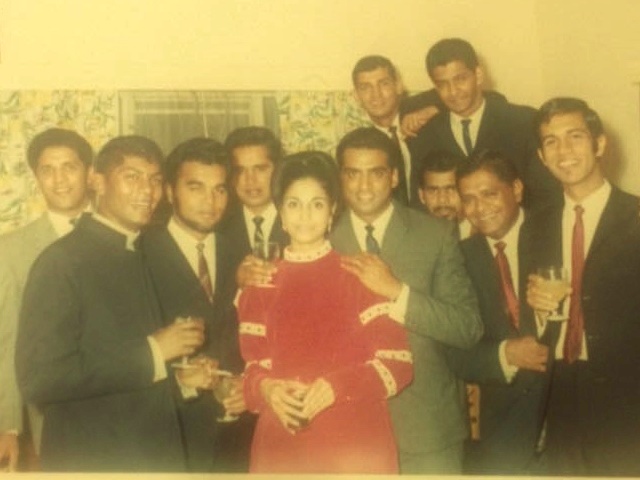 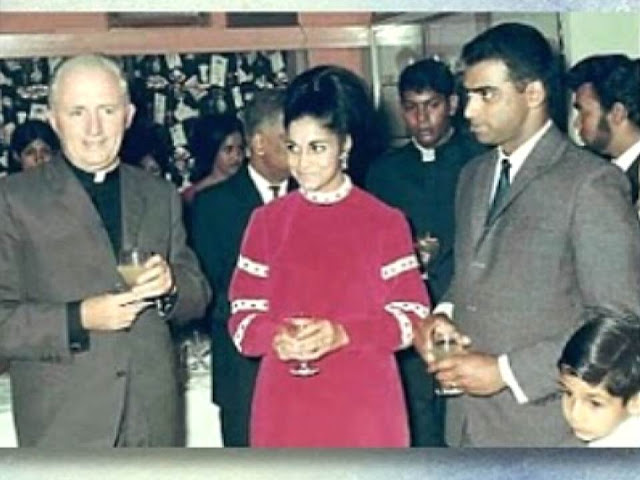 When we used to speak late into the night, Sydney time, he used to give me a running commentary on his grandchildren. Like most granddads, he was absolutely blown away by them … each of them was very special to him. He would pretend to grumble, but he used to love babysitting and, of course, playing silly games and pranks. Jennifer and Paul’s children, Dylan, his eldest grandchild who he had many fun adventures with and Nikita who Steve called “the Boss”.  Steve also adored Cliff and Meera’s children - Aaron and Leah who loved singing ‘the naughty little flea’ song with him. He just worshipped them, just as much as he loved his own children, Melvyn his eldest son and rock, Jennifer his beloved daughter and Clifford his cheeky youngest son.
He will be missed by his brothers Thomas (Nairobi, Kenya) Sylvester (Silu) Toronto, Raul (UK) and by their wives, his cousins, his nephews and nieces, and all his friends around the world. Steve was predeceased by his younger brother Leslie.

With his passing, the world will be the poorer for the fun and laughter, that endearing smile, the teasing eyes as if he was up to something … but most of all because he was your friend, her husband, their father, their grandad … and always the teacher who simply loved life … and a bet.

PS: from Tony Reg D'Souza: Just seems like yesterday, Rudi, Steve and I were at Maganlals (the tailoring outfit in old Government Road, inexpensive) choosing materials for our suits for Christmas. (In those days it was not only the girls who wore some new and special for Christmas).  All the same material and colour. In hindsight, we must have looked like the Three Stooges walking in these suites from Eastleigh to South C (quite a few miles) to visit the Lobos (Rudi's eventual wife, Hazel). That was the bond that started us off. We slowly became the social animals that became The Jokers.

The folks in Heaven better watch out … here comes The Joker. Somebody get Elvis Presley quick, tell him one of his biggest fans has come to stay. 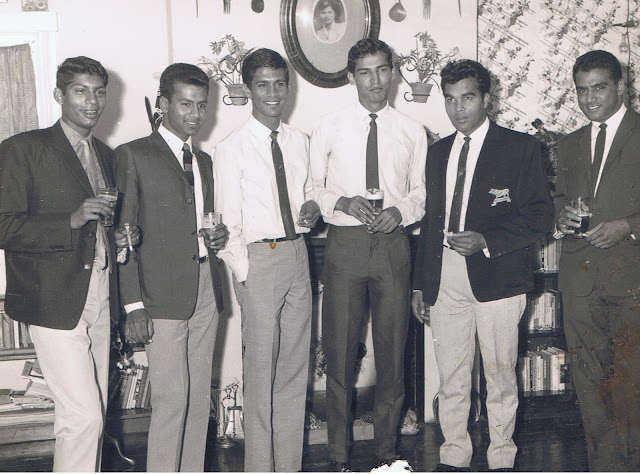 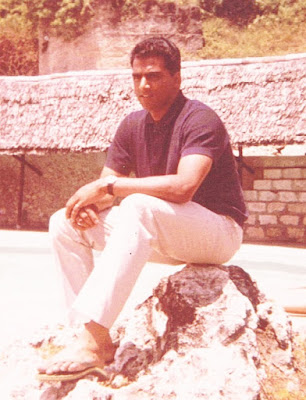