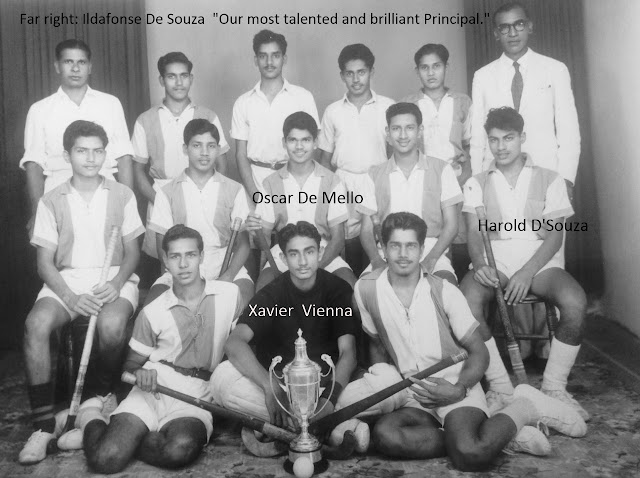 click to enlarge
7 Dec: Croydon, UK. XAVIER ANTHONY JOSEPH VIANNA: Born 14th March 1938, Mombasa, Kenya. Xavier was born and raised in Mombasa, eldest son of the late Manuel and Anna Vianna of Mombasa, Kenya. He moved to Britain in 1960 and served in the British Army for 25 years from 1960-1985. Thereafter he lived and worked in London where he met his second wife Joan Jennings (died 2002). He will be sadly missed by his step-children: Sue, Hazel, Brian, Janine and their families and by his surviving siblings Alfred, Ernest, Zeena, Monique and Manu, their families and all his dear relatives and friends around the world. Funeral service to be held on Monday 14th January 2019 at 12.00 at the Good Shepherd Church, 25 Dunley Drive, New Addington, Croydon, CR0 0RG. Burial at 14.00 at the Bandon Hill Cemetery, Plough Lane, Wallington, SM6 8JQ. Wake arrangements to be finalised - watch this space for update. RSVP for catering purposes and for Condolences email zeenaw25@gmail.com

Father time has claimed another Mombasa sporting icon, Xavier Vienna who passed away in the UK recently. He was part of that formidable collection of champion Goan athletes from the Kenyan coastal capital of Mombasa and included the likes of the Seraphino Antao, the Commonwealth Games double sprint champion, Joe Faria, Albert Castanha, Pascal Antao, Alfred Vienna, Jack Fernandes, Meldrita Laurente, Winnie D’Souza, Laura Ramos and many others.

Mombasa was also the home of many Goans also excelled in soccer, cricket, hockey and the whole list of indoor sports. The late 1950s to the 1960s was perhaps the greatest period of success for East African Goans, especially the Goans in Kenya. In all of this the Vienna family was well represented. The family has a rich vein of pioneering history in the life of the Goans in Mombasa and the formidable Mombasa Goan Institute.

Xavier’s younger brother Ernest explains: “Yes, Xavier was an outstanding athlete, versatile in many sports and certainly enjoyed the camaraderie of his rivals and competitors alike. With his contemporaries, they shared a unique virtue; a very special talent, that of humility and humbleness. Xavier, very seldom spoke of his successes, other than exhibiting a smile when others recalled his achievements. I can recall many a sportsman from our community and our other rafikis (friends) back in Kenya, who with meekness would endorse my sentiments. This is typical of the Vienna Family, including my most cherished father, M. A. Vienna, a renowned tennis champion in the 1940s and 1950s, especially in Mombasa and occasionally upcountry.

Xavier had a distinguished carrier in the British Army, initially as a gunner in the Royal Horse Artillery. His Regiment was later relocated to the Outer Hebrides, where his Regiment specialised in Ground-to-Air missiles. Xavier served in numerous capacities in Aden, Northern Ireland, The British Army of the Rhine (B.O.A.R.) and The Falkland Islands. After 25 years in the Service, Xavier finally retired as an NCO with the 3rd R.H.A. His last post was at Salisbury, U.K.”

My own connection with the family, albeit minute, was the short friendship with another Vienna, Monte, a journalist who worked with me on the Nation in Nairobi and tragically died very young. One of the most popular guys around, he is never forgotten. Another brother Alfred still lives in Nairobi, Kenya.

I will publish the funeral details as soon as I can get them.

My condolences to Xavier’s immediate family and the extended Vienna family around the world.

I am expecting a major tribute will update this as soon as I get it!