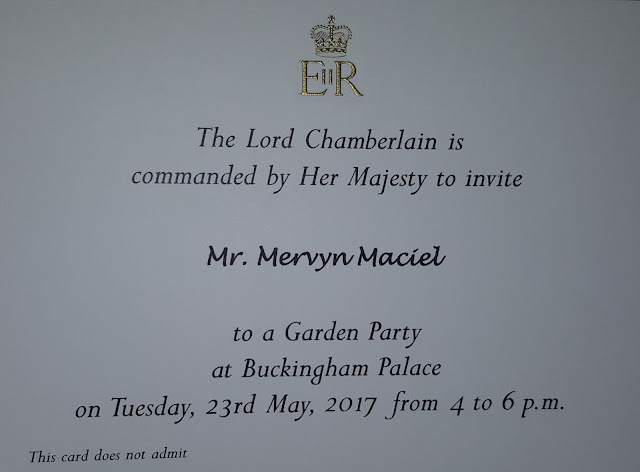 The Queen has honoured 88-year-old Mervyn Maciel – one of the world’s best known British civil servants in Kenya and author of the delightful Bwani Karani and the companion book From Mtoto to Mzee – with an invitation to her annual Garden Party at Buckingham Palace. So on May 23, Maciel, attired in a morning suit and top hat (or lounge suit or a Kenyan national outfit), will front up at Buckingham Palace at 3 pm with his daughter, Josey, on his arm. His wife Elsie is ailing an unable to attend.

Maciel has spent most of his life exposing the good, bad and ugly side of the former Colonial Civil Service in Kenya. He is very respected by his former colleagues and seniors for his honesty and his fairness in documenting life in some of the most distant corners of colonial Kenya. Maciel suspects that the invitation came on the recommendation of  the Secretary of the Overseas Service Pensioners’ Association but more because of Maciel’s various contributions (books, countless articles) as a member of the association.

In his imitable fashion, especially when it comes to his personal glory, Maciel usually down plays things. “Don’t know if anyone would want to know or care for that matter,” he wrote to me in a personal note. I am sure as a respect Goan, Kenyan and British, thousands will join me congratulating our favourite “rafiki” (friend).

Maciel and his daughter Josey will be among 8000 people who will be attending this year’s party. Folks are invited for their services to the public or charity work.