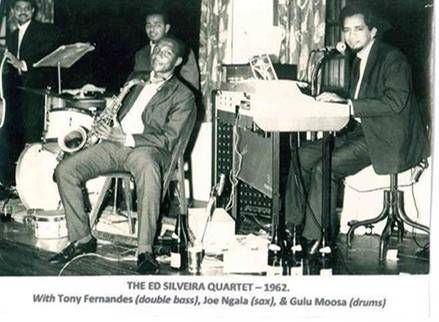 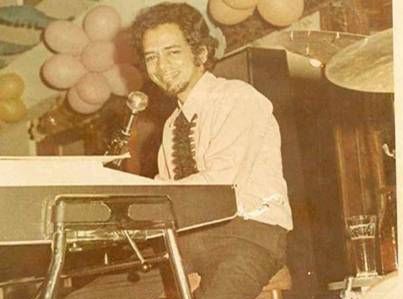 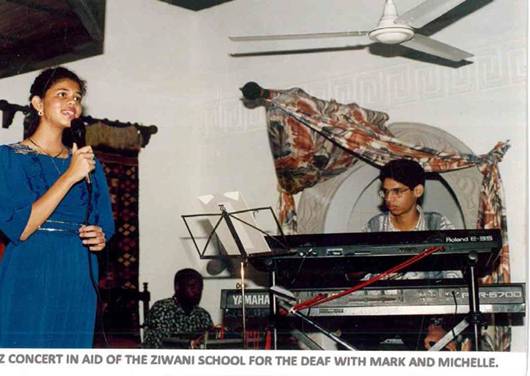 Edmund Silveira
The emperor of Mombasa music
The first instalment of a work in progress about musicians from East Africa. Part 1

Where were you born and when?
I was born in Mombasa, Kenya, on 19 January 1935.
How did you come into music?
Music was very much a part of our home.
My father, Ubaldo Silveira, born in Goa, was a studied and gifted violinist. He was the founder of the Nairobi Goan Music Society, and was the conductor of the orchestra, Kenya’s very first classical orchestra. He was a multi-instrumentalist, led a dance band and a classical orchestra, taught violin and guitar, did piano repairs and tuning -- all this besides being in a full-time day job! That, in a nutshell, is the musical genius of my father. He passed away at the age of 60 in 1964 and sadly left no records of his greatness.
I imagine that my Dad must have been a member of the Goan Gymkhana, Nairobi, because when I was seven years old I distinctly remember accompanying my parents to dances there with my Dad’s dance band in attendance. When we moved to Mombasa he became a member of the GI and was the club’s Social Secretary.
My mother, the late Katherine Silveira, born in Nairobi, was an accomplished pianist and piano teacher. She met my dad at practices at the Rodrigues’ home of three brothers all classical music enthusiasts and performers. The music sessions blossomed in two ways: the participants enjoyed their music making, and love grew between Ubaldo and Katie which culminated in marriage in 1934. If ever there was a marriage made in heaven, this was it!
I began piano and violin lessons, at the age of 7, with Mother Gertrude, headmistress of the Catholic Parochial School, Nairobi, where I attended.
When I was 13, we moved to Mombasa and I had piano lessons with an American tutor, a Mrs Rogers, and achieved honours in all my piano exams, practical and theory, at the Trinity College of Music, London. In 1965, a school teacher at the time, I was awarded a British Commonwealth Music Scholarship to the Dartington College of Music, England, and on my return to Mombasa I was made Musician-in-charge of all primary schools at the coast.
My brother, Ernest, 20 years my junior, a qualified electrical engineer by profession, studied classical piano during his youth and is now a bass guitarist in my trio.
How did you make the ‘piano’ your life?
At age of 14 at the Goan High School, Mombasa, I was the pianist around whom Mr Neves Pereira (school teacher) built an orchestra of 10 guitars, 10 mouth-organists, one drummer and one bassist. I also played my Dad’s saxophone in the school’s brass band.
At concerts in Mombasa I also recall playing Frederic Chopin’s ‘Minute Waltz’ and famous Beethoven sonatas on the piano.
When I turned 19, I was a student at the Coast Teachers Training College when I joined my Dad (on drums). He had been given a couple of LPs of the famous British pianist, Charlie Kunz, who played music for ballroom dancing and to which I listened to and played in his style. We performed as a duo on two nights of the week at the popular Rendezvous Restaurant in town, and occasionally at ‘Blue Marlin’ hotel in Malindi. Dad and I also accompanied Christmas pantomimes at the popular Little Theatre Club.
Who are the musicians you remember from the old days?
In 1957, I qualified as a primary school teacher and my first band was a trio with Tony Fernandes (double bass) and Gulu Moosa (drums). We played over the weekends at the Mzungu (white) owned First & the Last Inn in Kwa Jomvu, a few miles north of Mombasa.
I then formed a freelance dance band with Tony, Gulu, and a talented sax player, Joe Ngala (photo attached below) - all of us were into full-time day jobs! We became the most popular band in town, performing at weekends at the private clubs here, hotels in Malindi, and once in Nairobi at the Goan Institute.

After Ngala left to start his own band, Philip Mascarenhas (trumpet), joined me and we became very popular doing Herp Alpert’s (trumpet) famous hits. At that time there was another band led by Raul (Da Costa), a fine saxophone player.  Then were the Shiftars, who played covers of The Shadows and were led by Benny Mascarenhas (guitar), Philip’s brother. They were a big hit with a younger audience. At that time there was also a young Goan singer by the name of Henry Braganza who was making waves in Nairobi singing in the style of Jim Reeves.
In the early 1960s, I did a concert at the Goan Institute, Mombasa, with Kenya’s very own singing star, Sal Davis, on his return from the UK. This was followed by a concert with Sal in Zanzibar (with a Goan drummer and bassist from Zanzibar) where Sal was stationed. I particularly recall this show because I wound up playing a double bass! When Sal was requested to sing ‘Fever’ by the full house and the bass player did not know it, Sal to my surprise and shock, announced that I was also a fine bass player! Of course, I had no choice but oblige as the bass player had already disappeared into the wings. Sal later moved to Mombasa and did cabaret stints with my trio at the Mvita Grill. He sang in the style of Ray Charles and also had a fine sense of humour with his rib tickling jokes he told the audience.
- March 01, 2017