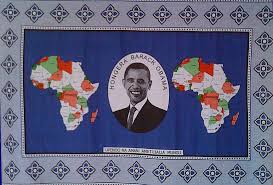 Magic of the kanga amidst woes of Kenya

Reading ‘Home Between Crossings’, former Kenyan journalist CYPRIAN FERNANDES writes that he “was simply blown away” by Sultan Somjee’s second book. It’s not only a veritable treasure trove of Asian history, including the mass exodus of 1968, but also a vault full of hypnotic literary gems, among them is the humble looking African cloth called the kanga. The kanga is the Swahili wrap-around that displays not only wisdom in one line sayings but also memories.  It’s a feminine art form that women of the coast have carried on their bodies for generations.
Sultan Somjee worked as an ethnographer in Kenya. In the process, he collected material culture, staged exhibitions and listened to stories that emerged from artefacts. He has published two guide books: Material Culture of Kenya and Stories from Things. He is also the author of the stunning Bead Bai. He lives in British Columbia and teaches writing stories from things.