Cyprian Fernandes: The nightmare of the Asian exodus from Kenya through the eyes of a Khoja mother 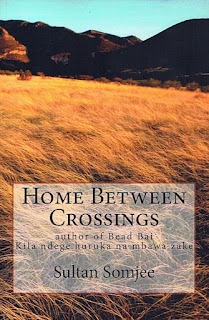 A kaleidoscope of Ismaili Khojas of Kenya
Thousands of Asians who left continue to seek answers as they did at Embakasi Airport in the 1960s.

Sultan Somjee is the former Head of Ethnography at the National Museums of Kenya. He curated Ma Aging Gracefully, an exhibition on the arrival and early settlements of Ismaili Khoja to East Africa (1994), and later the Asian African Heritage Exhibition (2000-2005).
He writes from British Columbia, Canada, where he lives with his wife, Zera. http://thebeadbai.blogspot.com/ The book is available on Amazon.com
Cyprian Fernandes is a former Chief Reporter of the Nation and one of the first Kenya-born Goans to be employed by the Nation. He is the author of the recently published Yesterday in Paradise available at skipfer@live.com.au and Balboa Press, Amazon.com.
- January 30, 2017