The murder of innocent Khadija

While Kenya’s army of professional and volunteer conservationists is among the best in the world, there is the every present talon of human corruption lurking in the wings of any crime in Kenya.

Like I said there are lots of wonderful people doing wonderful things to help conserve Kenya's wildlife heritage. Ian Douglas-Hamilton has been doing it for 45 years and his wife Oria is a powerful force in her own right. If you can help, donate cash, adopt an elephant, whatever, check out www.savetheelephants.org

Pictured below: Khadija's corpse and Khadija as her friends will always remember her. 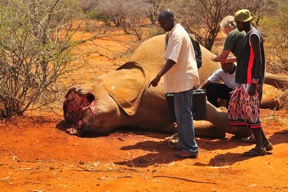 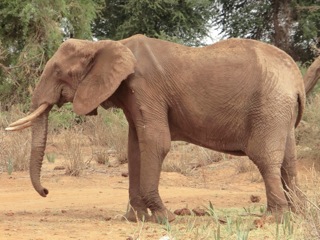